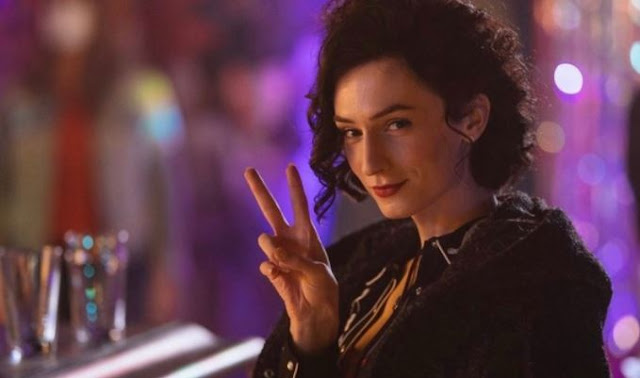 DISCOVER ALL THE NEWS ABOUT BIG SKY SEASON 2 ON DISNEY PLUS! RELEASE DATE, RENEWAL, AND MORE.

Big Sky has just arrived on Disney Plus Star! If you want to know when Season 2 will be released, read on! This thriller crime series is directed and created by David E. Kelley. And it’s adapted from the famous novel “The Highway” written by C. J. Box.

As anyone who has seen the Big Sky pilot can attest, this is a series that is not afraid to take significant risks. At first, it is believed that the series will follow two detectives who not only solve crimes together but form a romantic partnership. Of course, things get complicated since Cody’s ex-wife Jenny is still in the game and happens to be a freelance detective for Cody’s agency. To see the explanation of the ending in detail, read this.

The series feels like a thriller you’ve seen a few times before, but things turn upside down when Cody is murdered in the very first episode. Considering how famous Ryan Phillippe was, it came as a shock to all viewers when the first episode came out. The whole dynamic of the series changed in an instant, and fans were wowed. If you’ve completed Season 1, then you might want to know when Big Sky Season 2 is coming out on Disney Plus! We tell you everything!

WHAT IS THE RELEASE DATE FOR BIG SKY SEASON 2 ON DISNEY PLUS?

Season 1 began production in late August 2020 and ended in April 2021 in the US, with a brief hiatus in September 2020 due to issues with COVID testing. The delays related to the pandemic also explain the bizarre breaks in the airing pace of the Season 1 episodes. However, since Big Sky Season 2 was approved before the end of Season 1, the cameras may begin. to shoot in the summer of 2021 for the next season. If that happens, we can expect the Big Sky Season 2 release date to be set for fall 2021 on Disney Plus.

Big Sky Season 1 ended with Ronald and Scarlet still on the run and Jenny rushed to hospital. At this time, we don’t know if she will live or die.

Trying to distract Cassie, Jenny, and Marshal Mark Lindor, Ronald took the trio to the scene of one of his many crimes. That’s where they found Kelli’s rotting corpse. Ronald locked the woman in a wooden house and refused to visit her, causing her to starve to death. Big Sky Season 2 will likely unveil more clues as to the identity of this deceased woman. But in the meantime, know that Ronald is far scarier than you might imagine.

As Maria Sten said, we can expect Season 2 to bring more issues and exciting drama into Jenny and Cassie’s lives. We’ll see them take on new characters and new business will keep the duo busy.