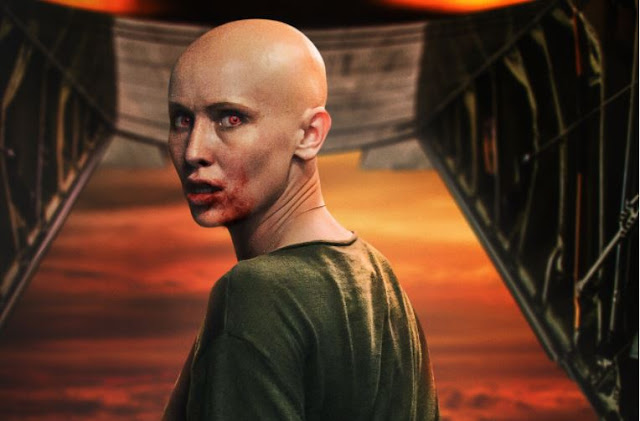 DISCOVER ALL THE NEWS CONCERNING BLOOD RED SKY ON NETFLIX! DATE AND TIME OF EXIT AND MORE.

Blood Red Sky will be available on Netflix soon! If you want to know all about the film’s release, read on! Netflix is planning to premiere Blood Red Sky, a new German/English action horror thriller about a mother with a dark secret who must protect her son on an aircraft. The film was previously known as the Transatlantic 473 but was later renamed.

Netflix’s Blood Red Sky was written and directed by German director Peter Thorwarth. Thorwarth has worked on projects such as The Wave, Not My Day, and many more. Stefan Holtz, who has worked with him on several previous projects, joined Thorwarth in the writing room. To learn all about the release of Blood Red Sky, read on!

WHAT DATE AND NIGHT TIME FOR BLOOD-RED SKY ON NETFLIX?

The official Blood Red Sky synopsis tells us the following: A mother and her son travel to the United States to find someone who can help her find a cure for her mysterious illness. When the plane is hijacked by a group of violent guys, the mother is forced to protect her son the only way she knows how: by becoming a vampire, a secret she’s kept hidden for years.