Boss Level: Explanation of the end of the Amazon Prime Video movie! 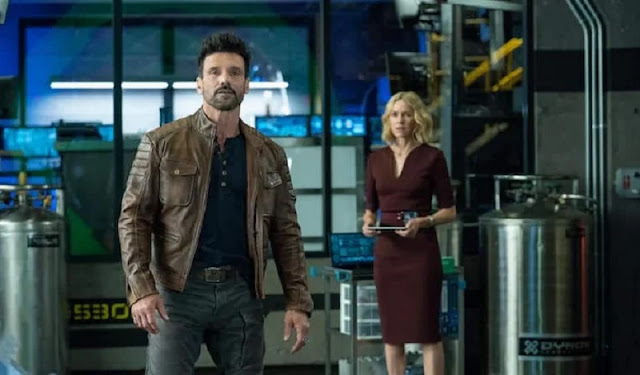 Boss Level: Explanation of the end

DISCOVER THE EXPLANATION OF THE END OF BOSS LEVEL ON AMAZON PRIME VIDEO!

Boss Level is available on Amazon Prime Video! If you want to know the explanation for the end of Boss Level, read on! The Time Loop is an interesting narrative device that offers filmmakers the opportunity to explore their ideas. It gives some flexibility to the storytelling that can be used to manipulate the diegetic time flow of the movie. However, in these movies, we have a protagonist who, more often than not, is the narrator. The science-fiction aspect can be explored through a didactic approach or a relatively simple exhibit. To find out if a sequel will see the light of day, read this.

Boss Level is an action thriller with a time loop directly inspired by video games, in which we can resurrect our characters even if we have failed to complete a particular level. The movie has comedic elements in its approach to the story, which makes it interesting to watch. But there are certain moments, which we should try to understand, in his account. We tell you all about the explanation for the end of Boss Level on Amazon Prime Video!

EXPLANATION OF THE END OF BOSS LEVEL!

At the end of Boss Level, Roy finally manages to kill Clive, but just before taking action, Clive informs Roy that his son is in danger. Clive also says that Roy is “a missing mass”. Roy goes to the video game tournament where he knows his son would be, only to discover that he has died. He realizes he’s let his son die more than a hundred times. Then it’s the end of the world, presumably because Clive rewrote history or something like that.

Roy becomes depressed and gives up attempting to “win” the time loop. He then decides to use his curls to get to know his son, Joe. They spend dozens of days together, the loop resetting each time at the end of the world. During one of the loops, Joe reveals that he spoke to his mom on the phone that morning and told him to call Roy if she was having any problems.

Roy understands that Jemma did not die the morning of the Loop and that he still has a chance to save her, but that he only has 14 minutes to do it when he wakes up. By stealing a chopper, Roy reaches the facility in 14 minutes. He skillfully kills all occupants of the building and saves Jemma. Roy reveals how much he has come to know his son, and Jemma is touched by his dedication to fatherhood.

After multiple tries, Roy has reached a boss level, where he is presumably invincible. Yet the design of the game compels him to relive that moment until the denouement is reached. Surprisingly, this finale is based on chance, demonstrating that we can never control the weather.

In the end, Roy’s bond with his son is stronger than it has ever been. Indeed, the ending of Boss Level also teaches us that, even as we face mass catastrophes and sword-wielding assassins, we are nothing without the people we love. In summary, always tell people you love and never miss an opportunity to make a fresh start.