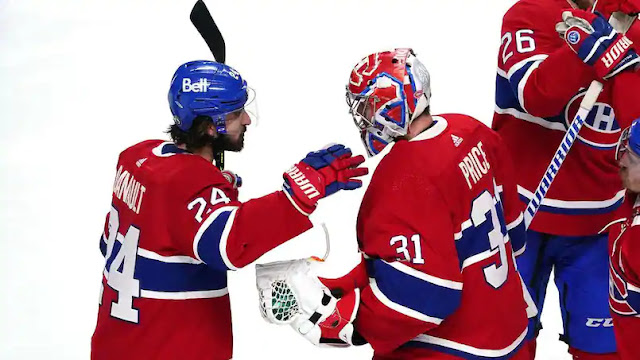 Having extended the suspense in their series against the Tampa Bay Lightning, the Montreal Canadiens will try Wednesday to become the fourth team in history to force a sixth game in the Stanley Cup final after falling behind. 3 to 0.

Winners 3-2 in overtime on Monday, head coach Dominique Ducharme’s men took their first step against the “Bolts”. The 2020-2021 vintage of the Habs is the eighth formation that avoided the sweep in the final round by winning the fourth game; previously, the 2013-14 New York Rangers, facing the Los Angeles Kings, were the latest to accomplish this feat. However, much remains to be done.

Thus, the Bleu-Blanc-Rouge will want to emulate the New Jersey Devils of spring 2012. At the time, the club led by Peter DeBoer had been limited to two meager goals in its first three meetings against the Kings and their goalkeeper Jonathan Quick. , bowing in particular twice in extra time in front of his supporters. However, he pulled off a 3-1 win in California in Game 4, before adding a 2-1 home win. The Devils’ dream faded in Game 6, which ended in a 6-1 loss.

While Ilya Kovalchuk was content with one goal in six outings, Quebecer Martin Brodeur played his last career playoff games.

Also, a formation erased a delay of 3 to 0 in the final to lift the trophy, that is to say, the Toronto Maple Leafs of 1941-1942 which had overthrown the Red Wings of Detroit. Three years later, they had almost returned the lift to the Leafs, but they stumbled in the seventh meeting.