CANADIANS OF MONTREAL: NO QUESTION OF LOSING ON A PUNISHMENT FROM OUR CAPTAIN 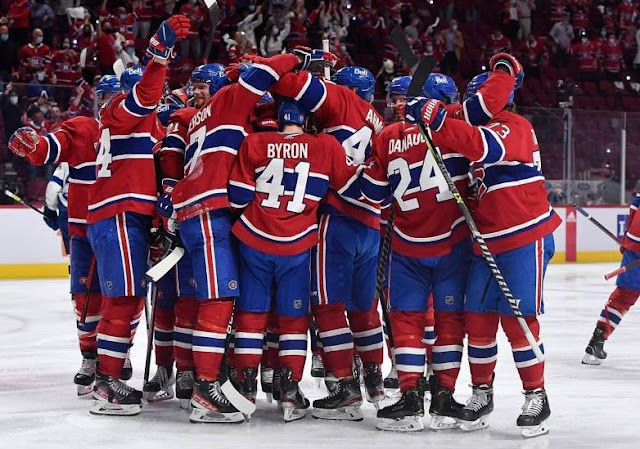 Faced with the dangerous massive attack from the Lightning, the Canadiens were not paying much attention when the officials ousted Shea Weber for four minutes at the very end of the third period.

On top of that, the Habs were going to be deprived of one of the most important elements of their numerical inferiority unit. Weber’s face spoke volumes about the worry that was gnawing at him from within.

But apparently, the good news was there without anyone knowing it. The fact that it is Weber who takes place in the dungeon for four minutes prompted the blue, white, and red troops to rally to a cause.

“There was no way we were going to lose this game on a penalty from our captain. That penalty kill, I was certain, would be a slam dunk for our team.  There was no doubt that we would do everything to kill this punishment for him, “insisted Dominic Ducharme, after this dramatic victory.

“It’s a game that happens so quickly. Unfortunately, it happened at such an important time. It just goes to show all the character there is in our squad, ”added the Canadiens head coach, quite proud of the work his team has accomplished.

Ducharme did not win admiration by cutting Jesperi Kotkaniemi in favor of Jake Evans. Several fans spat their venom at the Joliettain, arguing it would ruin the young Finn’s career.

Conversely, virtually everyone applauded the appearance of Alexander Romanov and Brett Kulak in place of Jon Merrill and Erik Gustafsson.

“I liked what the trio of Evans brought to our team. In defense, we were talking about bringing in Kulak and Romanov to add dynamism to the way we skated on the blue line. I’m glad “Romy’ ’was rewarded with a big goal,” said Ducharme.

Same point as in Toronto

The Canadian therefore took up the first challenge by avoiding the affront of a sweep. He now finds himself in the same position he was in his first-round matchup against the Toronto Maple Leafs: down 3-1.

“We’re happy with what we’ve accomplished, but we don’t want the Stanley Cup to end up in the hands of the Tampa Bay Lightning. So we don’t intend to stop there. We’re going to Tampa to come back and play another game here, ”Ducharme said.