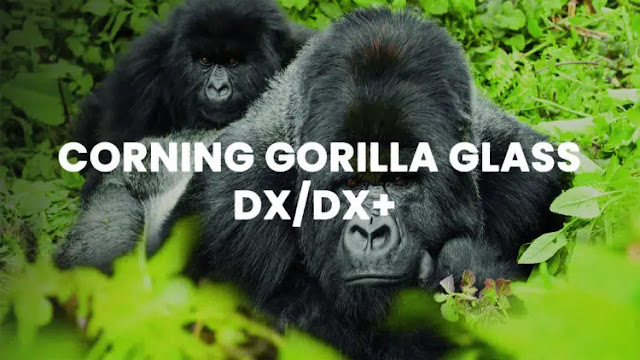 Corning Gorilla Glass DX / DX is a new type of glass (very promising) that will protect the cameras of future smartphones.

As you probably know, Gorilla Glass covers (almost) all smartphone screens available on the market. Thanks to information from our colleagues at Gizmodo, we know that Corning, its manufacturer, is developing a new Gorilla Glass for the cameras of our mobile phones.

Corning is the maker of Gorilla Glass that powers the screens of most of the brand’s smartphones, with the exception of a few folding models. The firm is taking on the cameras of our smartphones. It wants to offer brands a new lens carefully designed to resist scratches, protect the photo module and improve the quality of the shots.

In developing the new Gorilla Glass DX / DX +, Corning is not inventing anything. Why? Other materials are already used by manufacturers to increase the resistance of their smartphone cameras, such as sapphire. Note that this material is already used by the Cupertino company.

According to Corning, the quality of the new glass far exceeds that offered by the competition. The firm indicates that the coatings are anti-reflective and scratch-resistant. The glass made by the company is said to approach the resistance level of sapphire.

Corning says its teams are working hard to develop glass that can only reflect 2% of light rays. The new lens would eliminate the flare effect of a halo of light appearing in the photo. A promise that will undoubtedly interest a large number of manufacturers.

Recall that Samsung is already interested in Gorilla Glass DX / DX + developed by Corning. The smartphones of the Korean brand could be equipped with the new glass. It would be present on the new folding Galaxy Z which will be released soon.