Cosmic Sin: Explanation of the end of the Amazon Prime Video movie! 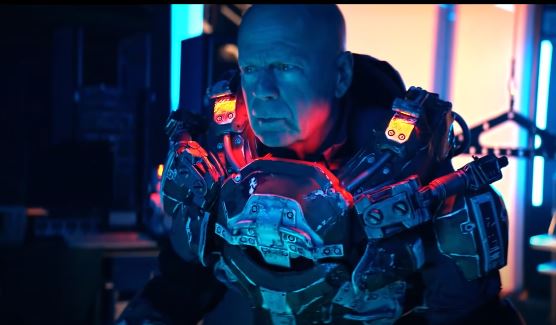 Cosmic Sin: Explanation of the end

DISCOVER THE EXPLANATION OF THE END OF COSMIC SIN ON AMAZON PRIME VIDEO!

Cosmic Sin is available on Amazon Prime Video! If you want to know the explanation for the end of Cosmic Sin, read on! We now take you to 2524, an era filled with space stuff. People colonize space, live in their colonies in space, and detonate colonies where other people live in space. Space: This is where it’s happening, without a doubt.

One of the gruff sons of a space weapon that made a name for itself as an explosive of its congeners is James Ford, better known as “The Blood General”, who killed 70 million colonists in using a quantum bomb in an attempt to secede. Cosmic Sin is only 88 minutes long, which doesn’t leave much time for some hilarious “Unbreakable” logic antics. The bottom line is that Ford found himself at the end of a redemption arc long before the movie started.

Fortunately, he has the opportunity to redeem himself when humanity is attacked by the Sigma, aliens with the ability to control the minds of people through the generous application of a black substance. With the promise of the opposite of a dishonorable discharge, Ford teams up with a group of blast-enthusiastic comrades to give the Sigeas a hard time in a little maneuver called “Operation: Cosmic Sin.”

EXPLANATION OF THE END OF COSMIC SIN

At the end of the intergalactic spectacle, few characters remain alive. In an epilogue, we see the survivors of the mission having a good time in a bar. Corporal Ardene and Ryle’s son Braxton Ryle, who carried out the mission from the foreground, are alive and are presumably dating. James Ford and Dash also emerged from the chaos unscathed. Sol Cantos, the renegade captain, is also alive.

When the alien-infused human zombies escape and seize the firepower, the soldiers eventually retaliate successfully. 53 lives are lost in action, including that of Officer Alex Locke. Meanwhile, General Ryle announces the launch of Operation Cosmic Sin, and a team of soldiers quantum leaps to transport the Q Bomb to a distant solar system. Captain Marcus is fatally injured during the operation, and General Ford is nonchalantly forced to euthanize him.

Goss is caught by the aliens from Sigma, who have created a shield around the planet. The landing was not smooth for Ryle, who remained suspended in space. Ultimately, Ryle manages to convince his fellow warriors to activate the q-bomb. Ryle needs a push to move the bomb to the alien portal. It’s also the only way to close the door forever. Although distraught, Ryle’s son Braxton complies with the order. By killing himself to preserve humanity, Ryle becomes a martyr and a hero.

Ultimately, the movie reminds us that sometimes detonating a giant bomb gets you in a lot of trouble, and sometimes it gets you invited for a drink. Like life, Cosmic Sin is complicated.