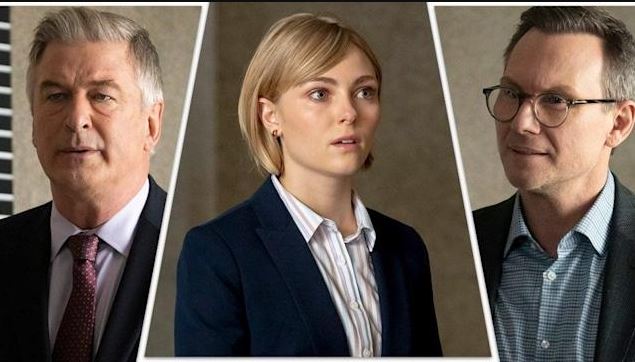 Dr. Death is a crime drama as sinister as its name. Following the appalling violation of his Hippocratic Oath, the series’ main protagonist, a surgeon, leaves a trail of lifelong dead and disabled patients in his wake as his colleagues scramble to bring him to justice. To learn all about the Season 2 release date, read this.

The task turns out to be more complicated than expected, and the series depicts in heart-breaking detail how the sadistic surgeon injures his victims as they lie on the operating table in front of him. The opening episode of the series wastes no time and introduces us to many of Dr. Duntsch’s colleagues and victims, while also giving us insight into his sociopathic habits. Prepare for a particularly gruesome dive by dissecting the ending of Season 1 of Dr. Death!

EXPLANATION OF THE END OF DR DEATH SEASON 1!

The season ends with Chris finally in jail, but with disturbing facts about how physician abuse remains an endemic problem that will continue despite the imprisonment of one of its worst perpetrators to date. Dr. Christopher Duntsch therefore ultimately goes to jail for his crimes. While this conclusion is by no means happy, it is appropriate. The crooked neurosurgeon is sentenced to life in prison, with the possibility of parole no earlier than July 20, 2045, when he will be 74 years old.

Despite his numerous crimes, including drug abuse and the actions that led to the deaths of two patients and the permanent mutilation of more than 30 others, he was ultimately convicted of elder abuse. This is due to the strategy employed by Assistant District Attorney Stuart, who realizes that to convict him criminally, she must prove that Chris himself is a criminal and not just the result of greed and the scrutiny of medical institutions.

Although Chris’s defense team tries to blame his lack of training and supervisors with financial interests, Chris intends to resume surgery despite his poor patient history. proves his intentions are sinister.

This comes to light when his father, when questioned in court, admits that Chris is trying to get a medical license in the state of Colorado so that he can afford a team of elite lawyers who will bury the lawsuit brought against him. At the end of Dr. Death season 1, after seeing the overwhelming evidence against him and realizing that his son is out of reach, his father tells him that maybe he should stay in jail.

Chris is then seen harassing her, which leads Kim to obtain a restraining order against him, which he repeatedly violates. Ultimately, to leave this gruesome situation behind, Kim enlists in the Air Force and is deployed to an unknown country which she says is halfway around the world. However, she testifies against Chris during the case and helps bring him to justice.