Dragon Age and Pokemon are coming to Netflix soon 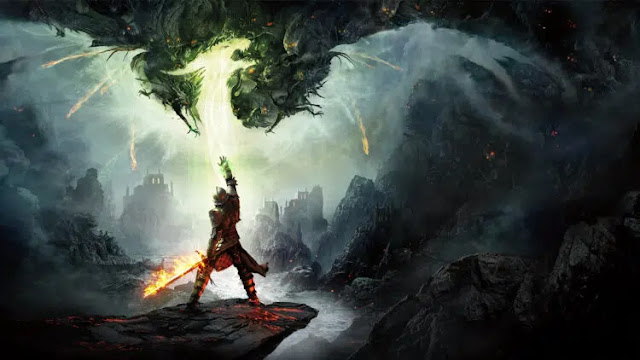 According to some sources, Netflix is in the process of developing two series: one on the Dragon Age franchise and a second on the Pokémon franchise.

On Netflix, a live-action Pokémon series is coming soon. Our colleagues at IGN also report that the SVOD platform is also in the process of developing a series on a major video game franchise: Dragon Age.

The Dragon Age series is coming to Netflix

According to rumors currently circulating on the web, Dragon Age, the famous series of fantasy-themed role-playing video games would serve as the basis for a live-action series developed by the streaming giant.

The information comes from Giant Freaking Robot, a site known for such unreliable information. Note that the site has already predicted the arrival of several movies based on video games, including Demons Souls and Horizon: Zero Dawn, the Final Fantasy live-action series, etc.

According to Giant Freaking Robot, a reliable source indicates that Netflix is ​​in the process of preparing a series dedicated to the universe of Dragon Age.

If the information is confirmed, we should expect a series that would make an impression.

On the Netflix streaming platform, a new series other than Dragon Age should see the light of day, Pokémon. This live-action is said to be in development. The giant has yet to reveal the launch date.

According to some reports, the franchise adaptation is in its early stages. Producer and screenwriter Joe Henderson were commissioned to develop and write the series.

This one is known for his work on Lucifer, Almost Human, and Graceland. For now, Joe is putting his talent to work for a serial adaptation of the Shadecraft comic book on Netflix. This was announced in March 2021.

When we see that a large number of series or films are based on video games and which are in development, we can only say that the information from Giant Freaking Robot could be true. If so, the series will appeal to fans of the Dragon Age and Pokémon franchise.