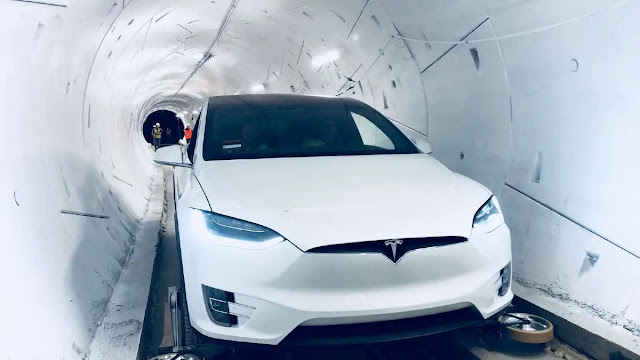 The tunnels that were built under the city of Las Vegas by the firm of Elon Musk have not been satisfactory. This time, The Boring Company wants to build tunnels twice as wide to transport containers.

The failure of The Boring Company

In recent years, Elon Musk’s firm has been building several underground tunnels and underground tracks to allow vehicles to move quickly and in one go.

The two Las Vegas sub tunnels have been completed. The company recently embarked on the construction of the Loup du Convention Center, a 10-mile extension of the first two tunnels. As of today, the company has not yet completed the project. In addition, vehicles do not travel easily.

For professionals, the tunnels built by The Boring Company are a failure. However, the media indicate that Elon Musk wants to bounce back by building tunnels for the transit of containers.

After the failure, The Boring Company makes new promises to us. This time around, the company wants to build tunnels twice as wide, with a diameter of 6.4 meters. According to the American billionaire, this width would allow two containers to transit side by side. The trip would be on an autonomous electric platform.

On paper, the idea seems to be interesting, especially since it is very convenient to transit goods underground to avoid road traffic. However, the difficulty lies in finding the best solution to build tunnels at a cost that can be amortized by their operation.

As a reminder, the firm of the American billionaire can offer lower costs compared to companies specializing in conventional tunnels. But if The Boring Company built 6.4-meter tunnels, the price would have to go up.