Facebook orders a study from Comscore on the popularity of applications 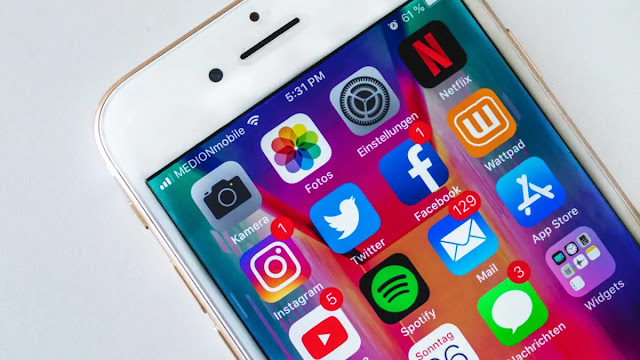 The Comscore study commissioned by Facebook, according to the company, shows a grip of iOS and Android operating systems over popular applications. Apple called the report “seriously flawed in several ways.”

In a study commissioned by Facebook, Macrumors Media reports that the majority of apps used by iOS and Android users are created by Apple and Google.

The Comscore study, commissioned by Facebook, is to rank the popularity of preinstalled iOS and Android apps alongside third-party apps. This shows that the most popular applications are the preinstalled ones. Very surprising data since according to the study, on iOS, applications such as Weather, Clock, Calculator, and more. are more popular than Amazon, YouTube, and FacebookThe study reveals the same phenomenon for Android where preinstalled Google apps also dominate the rankings.

Additionally, the study results show that 75% of the top 20 apps for iOS in the US were made by Apple, while Google created 60% of the best apps for Android. Figures reveal a real grip of the two operating systems on the applications. The four most popular apps on both platforms were created by their respective parent companies.

The study reveals another astonishing figure. Indeed, it appears that Apple’s calculator app has more monthly active users than the Gmail app on Android. However, if we look at the graph, Facebook is doing quite well. Indeed, the social network is the only third-party developer who has more than one app on the iOS app list and the only developer with three apps on the Android list.

Comscore, the US advertising analytics firm based in Reston, Virginia, obtained its data in December 2020 to conduct the study. The analytics company also added other information from a study of 4,000 people questioned on the default applications they used in November 2020. Note that browsers as well as “system featured ‘integrated operation’ such as voice assistants have not been taken into account.

Facebook commissioned this study to reveal the impact of preinstalled apps on the competitive app ecosystem. The American company would believe that the nature of Android and iOS is supposedly anti-competitive. This study did not go unnoticed and did not fail to make Apple react.

“This Facebook-funded December 2020 survey was narrowly designed to give the false impression that there is little competition on the App Store. In truth, third-party apps compete with Apple apps in all categories and are successful on a large scale. Apple told The Verge.

In recent times, the two companies, Facebook and Apple have often been at odds. Facebook has widely criticized the latter on the limitations of third-party developers, privacy measures such as transparent application tracking, and the inability of Messenger to be selected by default on the iPhone‌.

Through this study, Facebook hopes to prove the influence and power that platform owners have over the app’s users choose to use.