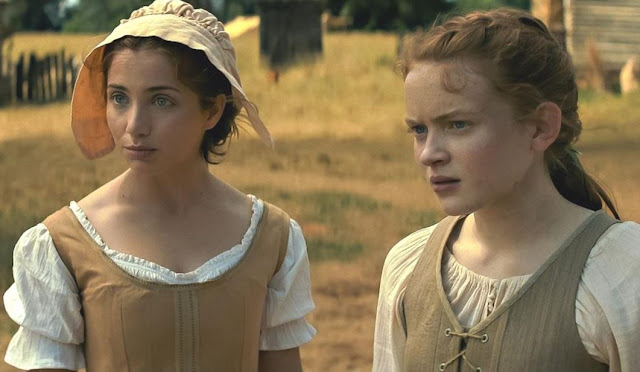 DISCOVER ALL THE NEWS ABOUT THE FEAR STREET PART 4 ​​RELEASE ON NETFLIX! RELEASE DATE, RENEWAL, AND MORE.

Fear Street is available on Netflix! If you want to know all about the release of Part 4, read on! Once Deena learns the truth about what happened to Sarah, she sets off on a race to end the curse before losing Sam forever. This is a mission she is willing to risk her life for, as she and Josh are under attack from all sides by the Shadyside killers.

In the final battle, however, Deena leaves behind a very important book. It is an instruction manual on how to summon the Devil and his demons. This string left loose in Fear Street Part 3 gives way to other films. The film, which initially takes place 300 years in the past, puts into perspective the horrors that have plagued the city from generation to generation. But can fans of the film series expect a Fear Street Part 4?

WHAT IS THE RELEASE DATE FOR FEAR STREET PART 4 ​​ON NETFLIX?

The third part was released on July 16, 2021! Currently, no release date for Fear Street Part 4 has been set on Netflix! However, most memorable slasher franchises have more than three entries. The directors turned Stine’s children’s horror books into -16 rated gore movies, and there’s enough material to keep them doing so for years to come. S

If the series is renewed in the coming weeks, the release date of Fear Street Part 4 should be set for early 2023 on Netflix!

Deena sees in Sarah’s memories that Solomon, an ancestor of Nick Goode, was responsible for the curse and that she has since been nurtured by the first sons of the family’s first sons. Deena kills Nick and saves Shadyside and his girlfriend, Sam. In the final scenes, they visit Sarah’s grave to pay homage to her. The scene in the middle of the credits shows someone taking the Demonic Book of Solomon.

In Fear Street, Part 4, the person who stole the book could turn out to be another member of the Goode family, and they could revive the curse once more. It’s also possible that the next film will revolve around one of the former killers in Shadyside history. It’s also possible that the book is now in the possession of one of the Shadysiders, who might want to wreak havoc on the Sunnyvalers for everything Shadyside has endured for 350 years.