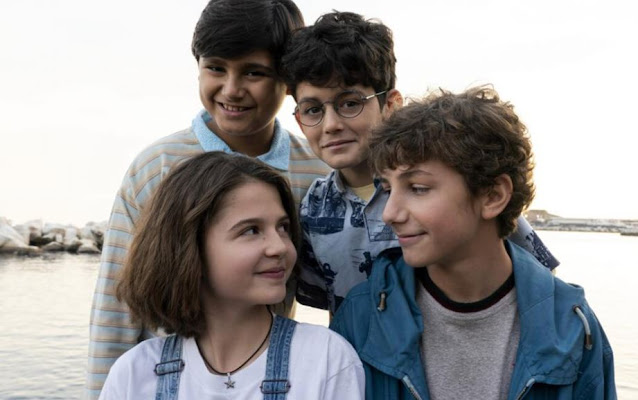 FIND ALL THE NEWS ABOUT GENERATION 56K SEASON 2 ON NETFLIX! RELEASE DATE AND MORE.

Generation 56K is available on Netflix! Continue reading to learn everything there is to know about Season 2! Reminiscent of nostalgia for monster-sized screens and slow internet, Generation 56K was a sensational spectacle for fans with its beautiful portrayal of love through time.

The story revolves around two people who bump into each other and recall their past dating back to 1998, an era of 56K modems and teenage hormones. As they remember how the internet has changed their lives, they begin to understand their relationship and find themselves embroiled in a whole range of emotions.

Fans are anxious to learn more about the sequel after seeing a faraway Matilda kissing Daniel in the most recent episode of Generation 56K. The Italian romantic series is new and here’s everything we know about Generation 56K Season 2 on Netflix!

WHAT IS THE RELEASE DATE FOR 56K SEASON 2 ON NETFLIX?

The series was released in early July 2021 in full on Netflix. As for Generation 56K Season 2, here’s the thing. Currently, no renewal announcement has been made. The series was produced by the main Italian production company, Cattleya, and is supported by ITV Studios. Currently, the series is receiving good reviews and is positioning itself as a popular series on the platform. There is therefore a good chance of seeing a sequel arrived.

If given the green light for Season 2, the series could follow a similar production schedule. In that case, we can expect the Generation 56k Season 2 release date to be set for summer 2022.

Daniel and Matilda meet as adults in the first season when they are both going through a crisis in their lives. As they come together, unspoken and misunderstandings are revealed. Eventually, a message from the past opens the floodgates, and old feelings come back in full force. In the final episode, Matilda is forced to make a decision when Daniel confronts her with her true feelings.

After much thought, Matilda breaks off her engagement with Enea and decides to go to Paris to pursue higher education. At the end of the first series, Matilda and Daniel have another sincere conversation and hug each other.

If there’s a Generation 56k season 2, we’ll see how Daniel and Matilda deal with their relationship, as they may have to consider the distance. In addition, Daniel, Luca, and Sandro impress the bosses with their idea of ​​the application. It would therefore also be interesting to see if this company takes off.