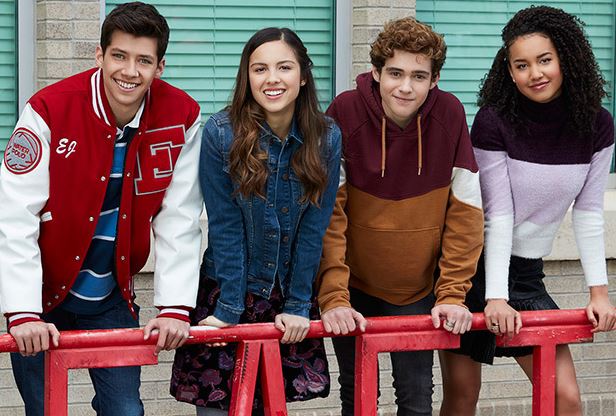 FIND THE EXPLANATION OF THE END OF SEASON 2 OF THE HIGH SCHOOL MUSICAL THE SERIES ON DISNEY PLUS! FUTURE OF NINI, GINA & E.J, RICKY?

Disney Plus has the High School Musical series! Continue reading to find out what happened at the end of Season 2! In many ways, High School Musical The Series feels like a television aberration. It’s not just about the numerous unique songs, many of which were written by the series’ young and extremely gifted stars.

That’s the cuteness of the show. The sweetest Disney + original consistently eschews well-worn TV tropes, always choosing to showcase the kindness and optimism of its teens rather than turning them into bullies like in most youth dramas.

This goodness is a deliberate choice on the part of series creator and executive producer Tim Federle. After 12 episodes, you probably have unanswered questions. We give you in detail the explanation of the end of season 2 of the High School Musical series!

WHAT HAPPENS TO NINI AT THE END OF THIS SEASON?

In “Second Chances”, after a heart-to-heart conversation, Gina suggests that Nini meet Jamie. This is the culmination of Nini’s arc throughout Season 2, in which the character moved away from Ricky and had to face what she wanted for herself.

Along with Rodrigo’s popularity and recognition as a songwriter, Nini seems to want a career in the music industry. At the end of Season 2 of High School Musical The Series, Nini calls Jamie and the two seem to want to set up a meeting.

This development has big ramifications for Season 3. It allows Fisher to reprise his role, and possibly even return. More importantly, he could continue to take the Disney + series away from its focus on relationships by focusing on Nini trying to be successful at a young age in a new and difficult world. The series could deepen the situation by highlighting Nini’s struggles and triumphs in pursuing her dreams.

IS GINA A COUPLE?

Gina’s story also came to an optimistic end at the end of Season 2 of the High School Musical Series. After growing closer for several episodes and learning to rely on each other, E.J. and Gina realize the romantic feelings they share in “Second Chances”. They rush towards each other, ready to kiss for the first time before the camera cuts.

It’s a big change for the two characters, who started the series in somewhat antagonistic roles. Fans have seen, especially in Season 2, how Gina has learned to open up to others, even if it means she can be hurt. E.J., meanwhile, continued to question his future and the privilege he was granted.

While most characters end the season in a more secure place than they started, the same may not be true for Ricky Bowen. The character confesses to Miss Jenn at the end of Season 2 that he’s not quite sure who he is. Ricky’s reluctance stems in part from his traumatic separation from Nini, which occurred earlier in Season 2.

Although he struggled to accept this truth at times and did not always handle Nini’s newfound success gracefully, the pair eventually managed to split ways peacefully and remain on good terms.

In the finale, Ricky takes a chance and calls Lily. Introduced in the second episode of Season 2, Lily defected and joined the North High production after being rebuffed by Miss Jenn for making fun of her classmates. Although she seems to have a genuine interest in Ricky, which she expresses clearly in “Second Chances”. She attempts to sabotage the East High opening night by stealing a key piece of equipment.

This betrayal creates a potential source of intrigue for Season 3, posing a threat to the series’ mostly positive and good-natured principles. In the very last scene of Season 3 of the High School Musical Series, Natalie mockumentary addresses the camera and declares that “summer is going to get heated.”

This could indicate that the next installment in the Disney + series could, at least partially, take place during the summer months. This would be a wise move, as it allows the characters to stay in high school longer than they otherwise would. This would avoid the common problem of what happens when teen shows drift away from the high school setting. In any case, the series still has a lot of stories to explore.