How I Became a Superhero: Explanation of the end! 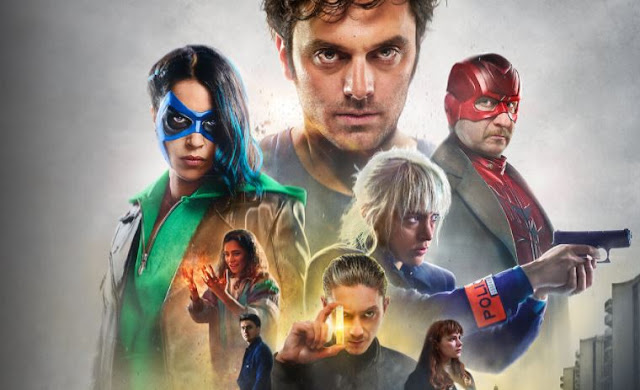 How I Became a Superhero

SEE THE EXPLANATION OF THE END OF HOW I BECOME A SUPERHERO!

How I Became a Superhero is available on Netflix! If you want to know all about the explanation at the end, read on! In a version of today’s Paris, enhanced individuals have become such a natural part of everyday life that the super potent “Tonic Girl” sells salad kits in TV commercials and a YouTuber hosts a survey to rank superheroes from worst to best. To find out if a sequel will see the light of day, read this.

When a series of fires break out in the Paris region, Moreau quickly learns that someone is selling superpowers like a street drug. Just break the glow stick, inhale it, and shoot flames from your hands. It’s that simple unless an overdose of superpowers kills your simple mortal ass. As Moreau and his new partner Schaltzmann make the connection between Naja, a disgraced psychologist specializing in superhero-related illnesses, and increasing violence on the streets.

Monte Carlo and Callista must don their costumes once again to help detectives outsmart the criminals while restoring the reputation of the Improved Individuals. It turns out they will have some help in this effort, as some people’s improvements are less known to the public than others. We tell you all about the ending of How I Became a Superhero on Netflix!

EXPLANATION OF THE END OF HOW I BECOME A SUPERHERO ON NETFLIX!

Carlo gets the lead from Elizabeth Caghieri, Lily’s shrink, and the interesting fact is that she was also Brasero’s shrink. Carlo taps her place, and further investigation by Lieutenant Schaltzmann reveals that she was researching the connection between supermen’s psychiatric disorders and their powers.

When a ten-year-old child with superpowers was brought to her by her parents for diagnosis, she was able to take his powers away but at the cost of his sanity. The child turns out to be Naja, the man behind the superpower drugs who kidnapped Lily.

News of the new superhero is broadcast all over Paris, and audiences are calling him Titan. Schaltzmann is given a new role of liaison with the royal pack. Schaltzmann gives a mask to Moreau, who wears it and soars into the sky. Thus, the film ends with the establishment of peace in the city.

NAJA DO YOU HAVE POWERS?

As a youngster, psychotic villain Naja is revealed to have the ability to mesmerize and manipulate others. His parents, unable to handle a young boy with such powers, asked superhero specialist Caghieri to take them away. Although Caghieri was successful, his intervention also resulted in driving the boy mad and killing his parents. Therefore, Naja had super hypnotic powers as a child but no longer has them.

The only superpowers Naja visibly possesses are those he gathers from superheroes and consumes through the light tubes. However, perhaps because he had superpowers as a child, he can ingest much larger amounts of serum and have explosive powers that far exceed those of his subordinates, who would perish if they tried to consume too much. of this substance giving superpowers.

EXPLANATION OF THE POST-GENERIC SCENE

The girl in the post-credits scene is Lily, Gigaman’s daughter, who was recently rescued by Moreau. She is seen drawing a superhero outfit, which means she will most likely follow in her father’s footsteps. While we can’t see Gigaman’s powers in detail, his daughter’s powers include the ability to fire devastating blue lasers from her eyes. So it’s very likely that Gigaman’s daughter also possesses this power. Now, what could her superhero name be?