How I Became a Superhero: Release date and time on Netflix? 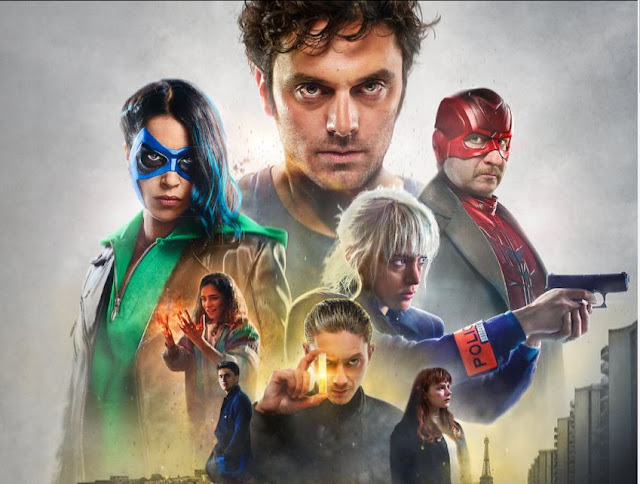 How I Became a Superhero

FIND OUT ALL THE INFO ON HOW I BECOME SUPER-HERO! DATE AND TIME OF EXIT ON NETFLIX.

How I Became a Superhero will soon be available on Netflix! If you want to know all about the release of the movie, read on! This is a modern take on the superhero genre set in Paris, In the same vein as overkill shows like The Boys, humanity exists in a world where people are not born with special powers. Instead, their drug-induced superpowers spread like wildfire.

Throughout the trailer, viewers meet Naja, a power-hungry supervillain who stalks people with abilities. There is also Gary Moreau and his new partner, Lieutenant Schaltzmann, detectives who try to stop Naja before too many innocent people are injured.

If you go by the intense music and the quick jumps from one action scene to another, it feels like How I Became Superhero has everything it takes to compete with the great superhero movies airing on Netflix. We tell you all about the release of How I Became a Superhero on Netflix!

WHAT RELEASE DATE AND TIME FOR HOW I BECOME A SUPERHERO?

The wait is not long anymore for people who got hyped by the trailer! The release date of How I Became a Superhero has been set for July 9, 2021, on Netflix! For the more impatient who wish to binge-watch the movie as soon as it is released. Comment Je Suis Becenu Super-Héros has been released for 9:01 a.m. on Netflix !

WHAT IS THE FRENCH MOVIE ABOUT?

Superheroes, who are now a part of everyday life in Paris, France, vie for the most famous, sometimes at all costs. But when a new and dangerous drug hits the streets of Paris, mortals suddenly develop superpowers of their own. With the help of two former superheroes, Monte Carlo and Callista, it’s up to Detectives Moreau and Schaltzmann to dismantle the drug empire.