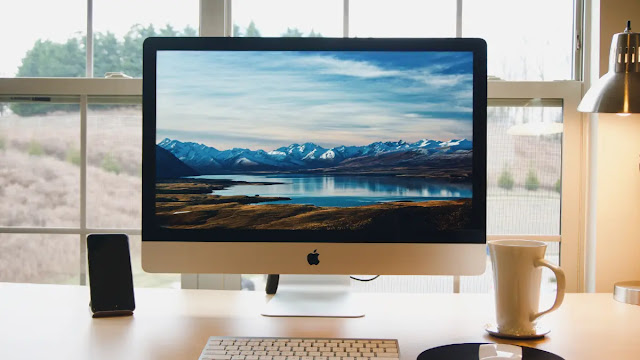 Apple did introduce the new 24-inch iMac, but we haven’t heard of the large model that was to come with it. The larger iMac is however in preparation and should arrive with the M1X or M2X chip as well as a 32-inch panel?

The company recently unveiled the new colorful iMacs. However, they currently only exist in a single 24-inch size. That’s why Apple plans to launch a larger iMac, which would replace the current 27-inch. This could be powered by its M1 chips instead of Intel’s.

Introduced earlier this year, the new iMac transformed by Apple’s M1 chip has a very colorful lineup. However, the iMac M1 is only available in one size. Indeed, Apple only offers a single 24-inch model while the company usually offers two 21-inch and 27-inch models. That means there’s a good chance Apple is planning to release an even bigger iMac.

According to Bloomberg’s Mark Gurman, the larger iMac is still in the works. A release this year would not be considered. Indeed, the latter could be powered by the Apple M2X chip. If so, we’re headed straight for a 2022 release. Sure enough, Apple is expected to launch the Apple M1X chip in the redesigned 14-inch and 16-inch MacBook Pros. For its part, the M2 will arrive in 2022, which means that the M2X will arrive at the end of 2022.

The iMac in question is expected to be a 32-inch computer. Overall, we can expect a much more powerful and complete computer, which will support more RAM, offer more ports and handle more external displays. Indeed, the iMac M1 does not stand out from the Mac mini, MacBook Air, or even the MacBook Pro. The similarities are numerous and the only thing it offers besides is its 24-inch panel. On the contrary, the 32-inch iMac should benefit from some advancements in Pro Display XDR or mini LED technology.

What is certain is that Apple will necessarily seek to distinguish the two models by adding specificities to its larger model. As for the iMac M1, Apple’s all-in-one computer is a real hit!