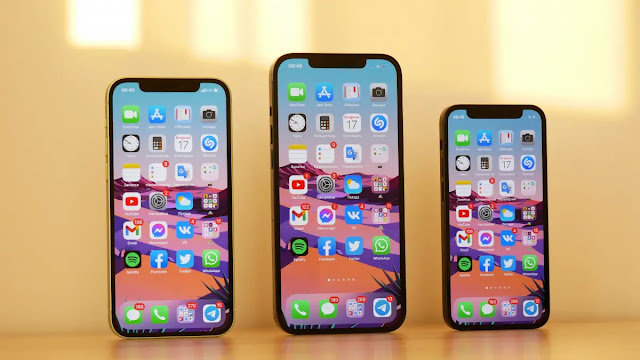 Seven months after their releases, the iPhone 12 wins the race and manages to be sold nearly 100 million worldwide, a score that borders on perfection.

And there you have it, a new record for the Cupertino company. During a health crisis, Apple sold more than 100 million iPhone 12s in just seven months. This model is an undisputed success for the American giant. Note that the information was shared by Counterpoint Research, a well-known research firm.

As a reminder, sales of the iPhone 12 mini did not meet the targets expected by Apple. Research firm TrendForce was able to access the figures and claims that the American firm has stopped production of this model. The source indicates that the Cupertino company has decided to liquidate the remaining stocks of iPhone 12 mini without producing new copies.

Experts say the iPhone 11 competes with the iPhone 12 mini. For the same price, the first model offers significantly better performance than the second. It has a larger screen and a much better battery.

Granted, the iPhone 12 mini is a business failure for the company, but analysts say Apple may release an iPhone 13 mini in September 2021.

The iPhone 12 is a commercial success for Apple. Data released by researchers at analyst firm Counterpoint Research indicates that the California giant sold 100 million copies in just 7 months after launching this model. Why? Because it is compatible with 5G and incorporates an OLED screen.

In the US market, the iPhone 12 Pro Max was a hit. In the United States, this model accounts for 40% of global sales. This is the best-selling model in Uncle Sam’s country since its launch in late 2020. Note that it is priced the same as the iPhone 11 Pro Max.