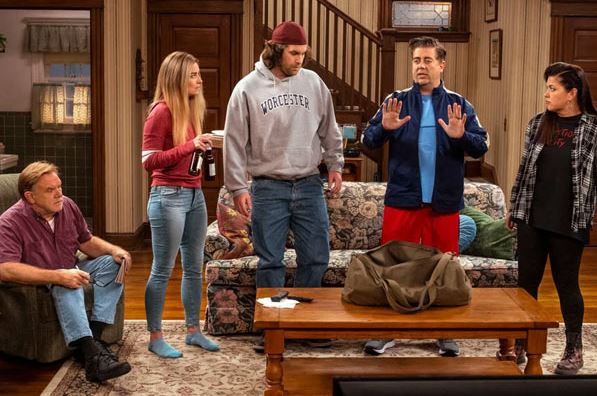 Being the wife of Kevin James on a sitcom is hellish. That’s what screenwriter Valerie Armstrong said to herself when Erinn Hayes got kicked out of Kevin Can Wait for’s CBS comedy in 2016. The treatment of women in this type of comedy is so trivial you can kill the character between two seasons to satisfy the desires of the star of the show.

In the AMC Kevin Can F ** k Himself series, it’s Kevin (Eric Petersen) who could die if his wife, Allison (Annie Murphy) succeeds. Only, after more than a decade in her role as a good wife whose life has been reduced to a neglected second knife in her husband’s world, Allison is certainly not the best equipped to commit murder. . You could even say she doesn’t know where to start, but she’s determined to do whatever it takes to earn her freedom.

This first season chronicles how Allison becomes that person capable of killing – or at least trying to organize the death of her husband. His biggest obstacle is that Kevin is the star of his own show in which everything always turns to his advantage, so nothing can be left to chance.

Kevin is indeed terribly lucky and he explains it simply: he is KEVIN! This is how things work in sitcoms like Kevin Can Wait, and so this is what Kevin Can F ** k Himself wants to criticize. So every time Kevin is onscreen, the show goes into multicamera sitcom mode. She adopts the aesthetic and the writing with the steady flow of pop-up jokes and absurd twists and turns. When he’s not there, we’re in the real world where nothing is really glowing, funny, or promising. It is dark and without a future. This is Allison’s life.

The concept is undeniably interesting. The intriguing implementation … for an episode. After that, it’s just a gimmick that doesn’t get very far and gets overwhelming at times – especially when Kevin, his friend Neil (Alex Bonifer), and his father (Brian Howe) get their own storyline. The concern is that, if this season 1 of Kevin Can F ** k Himself presents itself as having a point to develop on the specific type of sitcom that inspired its creator, she ultimately does not have much to express. on the subject. It must be said that this sub-genre of comedy is no longer really prominent and attacking the misogyny of its writing, the low level of jokes, and the poverty of the characters is not subversive these days. It would have been more relevant a decade ago. Today it’s gone over the obvious that didn’t need to be exposed again. By the way, Kevin Can Wait’s creative and popular failure illustrates this. 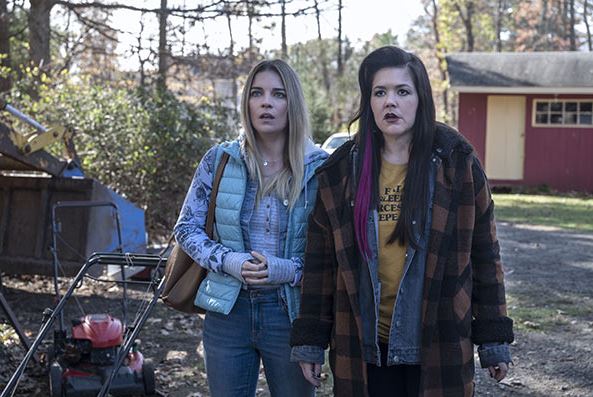 Fortunately, Kevin Can F ** k Himself offers more than that. In the first place, his exploration of the psychological abuse Allison suffered in her marriage rings sadly true. It’s a subject that is rarely addressed head-on in the series, especially with working-class characters – the economic limitations reinforcing the possibilities available to Allison and the pressure Kevin puts on her. Where comments on sitcoms ring hollow, those about Allison’s place in her marriage and, generally, in her community, are substantial.

Nevertheless, the real strength of this season 1 is the friendship between Allison and her neighbor, Patty (Mary Hollis Inboden). At the start, Patty presented herself as an antagonist. She was part of Kevin’s gang – she is Neil’s sister and was treated like “one of the guys”. Quickly, we’ll be shown that she’s not that different from Allison in the overall dynamic, and the more in touch with her neighbor, the more she earns a life of her own. The series really gets about this relationship between Allison and Patty, what they do together, and for each other to achieve their independence.

You could argue that this season 1 of Kevin Can F ** k Himself, therefore, lied slightly about what it was selling at the start. As a satire on the sitcom, she aimed at a genre so specific that she has too little to say. As a slightly eccentric drama about marriage and female friendship, it goes far beyond what it initially promised. This makes her more original than her staging gadget and is also what makes her entertaining and interesting to follow.

This first season of Kevin Can F ** k Himself will be available from August 27,2021 on Amazon Prime Video.