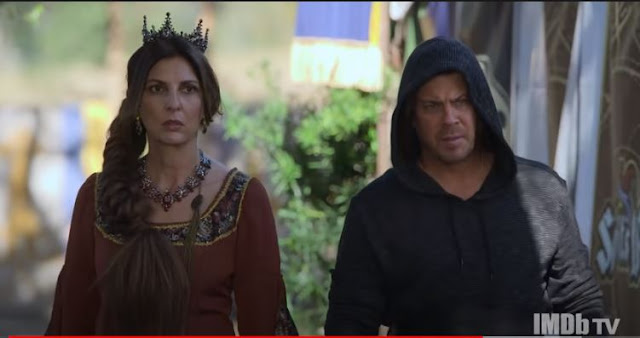 DISCOVER ALL THE INFOS CONCERNING PART 2 OF LEVERAGE: REDEMPTION! RELEASE DATE, NUMBER OF EPISODES, AND MORE.

Leverage Redemption returned on Friday as an eight-episode revival. The series is available on the IMDb TV streaming service. But Timothy Hutton, whose Nate Ford character was central in the original TNT series, does not appear onscreen.

Leverage Redemption, which aired for five seasons on TNT between 2008 and 2012, starred Hutton as a former insurance investigator who becomes the leader of the Robin Hood-like gang who steals the corrupt and powerful to avenge their victims. The original series ended with Nate and his new fiancée Sophie giving up the criminal life for good and handing over the keys to their organization to the rest of the team. If you have completed the first season, we tell you all about the release of Part 2 of Leverage Redemption!

WHAT RELEASE DATE FOR PART 2 OF LEVERAGE REDEMPTION?

While the first part was released all at once in summer 2021. The release date for Part 2 of Leverage Redemption has been set for fall 2021. There will be 8 new episodes to wrap up this season.

Leverage: Redemption has taken the team on a new set of adventures. Sophie came out of retirement and joined Parker, Eliot, Hardison and the new members of their team to mount scams again. The squad was restored to its previous splendor in the first eight episodes. They’ve beaten a facial recognition system, confronted a fake brain, tampered with a piece of art stolen from the Gardner heist, and more.

Leverage: Redemption Part 2 will pick up where it left off, continuing its episodic adventures of preying on rich and corrupt people who have done too well. Hardison is likely to return in Part Two after leaving following the pilot to pursue his worldwide career.

The team may be dealing with more cases with a personal link to Harry’s past job, given that the revival’s central theme is Harry’s redemption of his life as a lawyer for the typical Leverage brands. Breanna’s story has only started to unfold in Part 1, so future episodes may feature more stuff from her as well.