Loki Season 1 Episode 5: Explanation of the end! Who is behind the TVA? 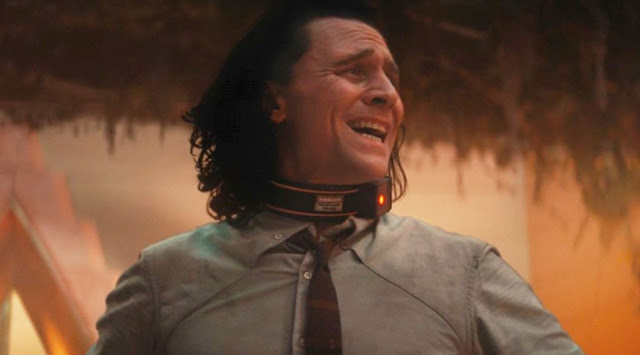 CHECK OUT THE END OF LOKI EPISODE 5 EXPLANATION ON DISNEY PLUS!

Loki is available on Disney Plus! If you’d like to know the explanation for the end of Episode 5, read on! Loki’s episode 5 doesn’t waste much time explaining where exactly Loki was sent at the end of episode 4. As Renslayer explains in one of the episode’s opening scenes, the stick’s TVA pruning does not erase the variants of existence.

So instead of erasing the variants it captured, the TVA sends them to “a nothingness at the end of time.” It is a place “where every instance of existence collides at the same point and just comes to a stop.” It is essentially a purgatory for all of the many endless “ifs” in the universe.

But that doesn’t mean a Void is a place where all variants of TVA can be found in peace. They all live in constant fear of being consumed and destroyed by a temporal being known as Alioth. Read this to learn everything there is to know about Loki Season 1 Episode 6 Release Date and Time. For the explanation of the ending of Episode 5 of Loki, read on!

Loki and Sylvie’s relationship grows stronger at the end of Episode 5, as they move closer to uncovering the origins of the TVA hidden behind the towering Smoke Beast Alioth, who is revealed to be hiding what lies at the -beyond Nothingness. Loki looks set to deliver a brand new villain, not just for this series, but for the entire MCU and Phase 4. Considering that the Fortress Hidden Beyond the Nether is apparently at the very end. time.

Initially, when Sylvie confronts Alioth, Loki decides to act as a diversion so she can get the window needed to cast her spell. However, he’s not powerful enough to grab and hold the attention of a colossal being like Alioth, at least not yet.

Fortunately for him and Sylvie, Loki the Elder creates a copy of Asgard from the wreckage left by the TVA’s pruning. As Alioth’s attention falls entirely on the Shining City, Loki and Sylvie hand in hand enchant the creature. With Sylvie’s help, Loki unlocks this power, and together they enchant Alioth. Yes, the classic Loki dies distracting Alioth’s attention. Just before the creature engulfs him, Loki cries out happily and cheerfully, realizing that this moment of sacrifice is what he’s been looking for all his life.

WHO IS BEHIND TVA?

Episode 5 does not fail to support the theory that Kang the Conqueror is behind the creation of TVA. First of all, Alioth has a history with Kang in the comics. The first was to break free from time, Alioth the Usurper forged a time empire far greater than Kang’s and nearly destroyed his at one point.

It would be quite ironic for the MCU to adapt the creature as a form of temporal protection for Kings. However, that would be likely, it wouldn’t be the first time the MCU has adapted the comics to its advantage. In addition, Ravonna Renslayer herself tries to protect this individual.

Now, given that we already know the pair are in love in the comics, it wouldn’t be too hard to believe that this is just the start of their on-screen partnership as she tries to stop Sylvie from the stop it. Other theories lead us to believe that a Loki could have grabbed the TVA and duped Alioth, however that would be disappointing for the rest of the MCU. Eventually, as in the Comics, a powerful entity known as “He Who Remains” could run the TVA, but ties to Phase 4 would also be more restricted.