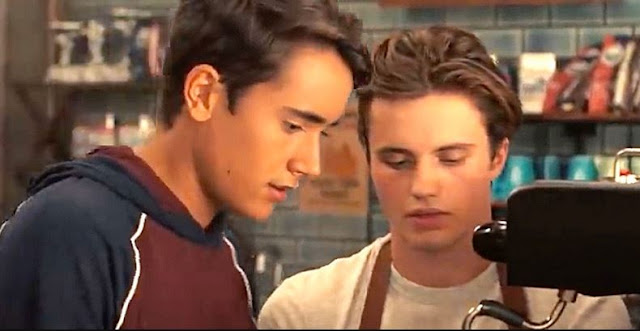 DISCOVER ALL THE NEWS ABOUT LOVE VICTOR SEASON 3 ON DISNEY PLUS! RELEASE DATE, RENEWAL, AND MORE.

Love Victor has arrived on Disney Plus! Continue reading to find out when Season 3 will be published! The sequel to the 2018 movie Love, Simon, the coming out series stars Michael Cimino as Victor Salazar, a gay teenager trying to navigate his sexuality and life in a new city.

On top of all the usual high school pressures of making friends and fitting in, Victor is still pondering his sexuality, a touchy subject in his religious family. Asking Simon for advice, Victor slowly but surely learns to be genuine and to trust the film’s message.

Namely, everyone deserves a great love story. If you’ve completed Season 2 and want to know if a Love Victor Season 3 will see the light of day on Disney Plus, we’re telling you everything!

WHAT IS THE RELEASE DATE FOR SEASON 3 OF LOVE VICTOR ON DISNEY PLUS?

THR has announced that Hulu has officially renewed Love, Victor for a season 3. The number of episodes and a release date have not yet been confirmed. The first two seasons both contain 10 episodes, so we would expect them to follow the same format.

They are also both released in June 2020 and 2021, so a Love Victor Season 3 release date is expected to be June 2022. Hulu typically streams the entire series at one time, while Disney Plus in France broadcasts the episodes one by one with a few days of variation. We also believe that a similar format will be adopted by the platform.

In the final episode of the second season, Benji mends his relationship with Isabel and tells Victor that he wants to get back with him. Rahim and Victor, on the other hand, take a step ahead in their relationship. Torn between the two, Victor asks Felix for advice. Their conversation helps Victor realize who he truly cares for, and he leaves to talk to whoever he’s chosen. The season ends when Victor rings the doorbell of a house and the house answers.

Love Victor Season 3 will pick up where Season 2 ends, and we’ll know to who Victor is confessing his feelings. In the Season 2 finale, Felix reconciles with his mother while Mia’s father marries. So in Season 3, we’ll see what life has in store for Felix and Mia as well.

WHO WILL BE AT THE LOVE VICTOR SEASON 3 CASTING?

On the casting side, although actors Cimino and George Sear, straight guys playing gay characters, have received some backlash, they are expected to make a comeback, along with the entire cast. We should also see new faces!