Midnight in the Switchgrass: Explanation of the end of the movie! 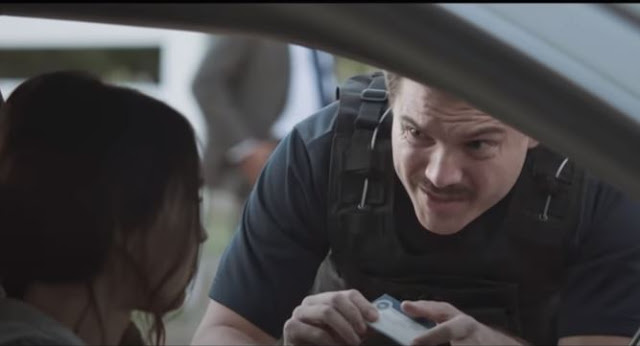 Midnight in the Switchgrass

DISCOVER THE EXPLANATION OF THE END OF MIDNIGHT IN THE SWITCHGRASS! PETER, REBECCA, AND MORE.

By now, most people know how to make a compelling thriller. There is a set of tropes, archetypes, and narrative rules that have been established over the years that provide the framework for creators in which they can come up with a traditional or a subversive approach.

In Midnight in the Switchgrass, it feels like screenwriter Alan Horsnail and director Randall Emmett just ticked the basic boxes that they thought would make for a satisfying story. Yet the movie is anything but that. While the movie’s storytelling is passable at best, it struggles to maintain momentum due to uninteresting characters and predictable poor writing.

The story of Midnight in the Switchgrass is quite uninteresting and totally uninspired. A serial killer is on the loose in Pensacola, Florida, and he attacks young women working in the sex industry. He uses his job as a truck driver to avoid detection, but an avid state cop is after him.

This honorable member of a failing justice system crosses paths with two FBI agents, Agent Rebecca Lombardo and Agent Karl Helter, who deal with the same perpetrator from a different perspective, leading them to work together to capture the predator. If you have any questions regarding the ending of Midnight in the Switchgrass, read on!

EXPLANATION OF THE END OF MIDNIGHT IN THE SWITCHGRASS

We visit Rebecca in the hospital at the end of Midnight in the Switchgrass, where Karl congratulates her on being the bravest agent he knows. She is unable to respond because of her injured throat, which is badly bruised after being choked. In the final scenes of the movie, we see Peter’s wife and daughter in front of their house and Tracey who is rescued from a neighbor’s house, where she took refuge after her escape.

Although we have seen Rebecca pass out after being suffocated, the final scene in the hospital tells us that she is alive and well, although injured. She was probably saved by Byron who, after waiting in vain for Peter at his house, decided to leave but received a useful clue from his daughter Bethany.

Tracey’s escape had already been noticed by the young girl, who mistook it for an intruder and informed her violent father. Peter, realizing that one of his victims had escaped, then stepped out into his shed.

That’s what Bethany tells the cop, and that’s how Byron seems to find the shed and the critically injured Rebecca inside. He seems to have arrived just in time, as the cabin is about half a mile from Peter’s house and Peter is already passing out from suffocation when the young girl gives him the clue.

WHAT HAPPENED WITH PETER?

It is possible that Peter survived and is being treated in a hospital while being closely watched by the police. However, the theme of brutally killed parents who cause their children to grow up self-destructing is strongly suggested in the movie, with Rebecca and the violent pimp seen at the start admitting it.

This strongly suggests that Peter is dead, too. The fact that we see a close-up of his impressionable young daughter’s face at the end of Midnight in the Switchgrass also seems to indicate that the trend will continue and that Peter’s daughter will likely suffer the trauma of knowing her father’s actions.

Peter may have committed many more murders than the nine we know of. The bag he keeps hidden in his house, which contains clothes from his victims, also appears to be quite full and most likely contains more than 9 items.

Finally, Peter seems to have moved to the countryside for a specific purpose, most likely to be able to hide his sinister inclinations. Considering that he and his family moved into their home 5 years ago, it looks like Peter has been killing for several years, and the list of his victims could be much longer.