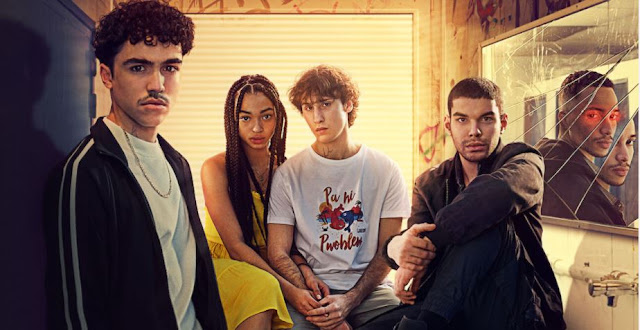 Mortel is available on Netflix! If you want to know the explanation for the end of Season 2, read on! Mortel follows Victor, Sofiane, and Luisa, who seek answers to the disappearance of Reda, Sofiane’s brother. To do this, Victor and Sofiane agree with Obé, the god of voodoo, who grants them special powers. But they can only use these extraordinary abilities if they are near each other.

According to a few critics, the genre appears to lack definition, as Mortel’oscillates between a supernatural series and a teen drama. Despite these obstacles, the series attracted a sizable following among teenagers. If you want to know all about the release of a sequel, read this. Otherwise, we tell you all about the explanation for the end of Season 2 of Mortel on Netflix!

SUMMARY OF THE FINAL

Episode 6 turns the heat up again by having us witness a school war. Obé gathers the Marquesas, and they participate in a ritual to try to bring Audrey back to life and open the door to the spirit world. School is attended by Victor, Sofiane, Luisa, and Elizabeth. Jocelyn walks up to Elizabeth and tells her she’s too late. Elizabeth tells the others to leave while she takes care of Jocelyn.

Victor, Luisa, and Sofiane find themselves fighting the Marqués, some of whom are their friends. Luisa goes to the roof to perform her ritual while Victor and Sofiane confront Obé. As Luisa’s ritual takes effect, a frightened Obé flees to the roof.

The finale shows the bravery of the three friends as they reach a point of no return to bring the god down. Sofiane is in excruciating pain, and he requests that Luisa perform the Separation as quickly as possible. Sofiane asks Victor to kill him as promised. Flashbacks show Sofiane told the other two of a backup plan in case the Separation doesn’t work – to get rid of Obé, you have to kill him.

The blade crashes directly into Sofiane’s body, and Victor and Luisa experience emotional anguish as their friend fall to the ground. Obé then appears behind him, and he slowly consumes himself. He’s finally gone. Luisa understands Victor’s thought process – the three of them are Evil One together, so Sofiane has to return. They use the blade to cut their hands and perform a ritual as blood flows over Sofiane. Sofiane suddenly breathes, and the friends kiss.

At the end of Season 2 of Mortel, Sofiane passes her exam, and he, Victor, and Luisa celebrate it with weed and beers. Victor asks Luisa what it feels like to have the Power, so she shows them by marking blood on their eyes. Suddenly, they are astounded, and they perceive the world in a new light. Victor notices that all the light is heading towards one place and asks Luisa if this is normal. She says no, so they look for the source behind a tree stump. This is where Audrey was buried.

Victor uses his powers to see if he can hear, he tells them that a baby is crying below them. We can only assume that the baby is the offspring of Audrey and Obé, but what does this mean for Sofiane and her friends? We’ll find out more when the sequel is out!