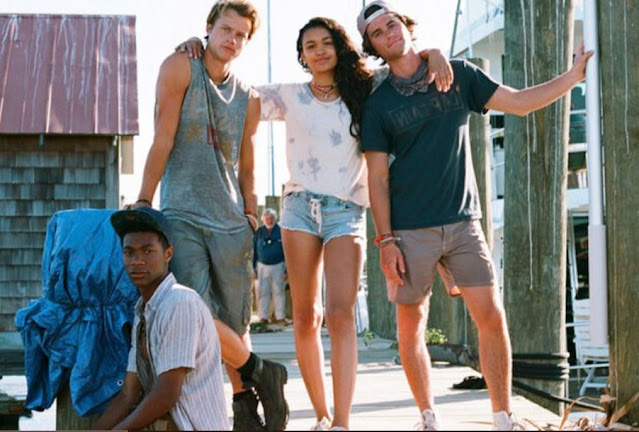 DISCOVER ALL THE NEWS ABOUT OUTER BANKS ACTORS! AGE, INSTAGRAM, AND MORE.

The mature content of the series doesn’t take away from the fact that the story is based on young, mature teens looking to find out everything. The Outer Banks cast includes rising stars like Chase Stokes, Madelyn Cline, Madison Bailey, Jonathan Daviss, Rudy Pankow, and more, and the series will welcome new faces in its second season.

The Netflix series Outer Banks follows two rival teenage groups, The Kooks and the Pogues, who embody the American parable between the haves and have-nots. While they are looking for buried treasure in North Carolina.

They are plagued by the quintessential issues one finds in Hollywood’s portrayal of adolescent angst: drugs, romance, money, and mysterious murders. We tell you all about the actors of Outer Banks! 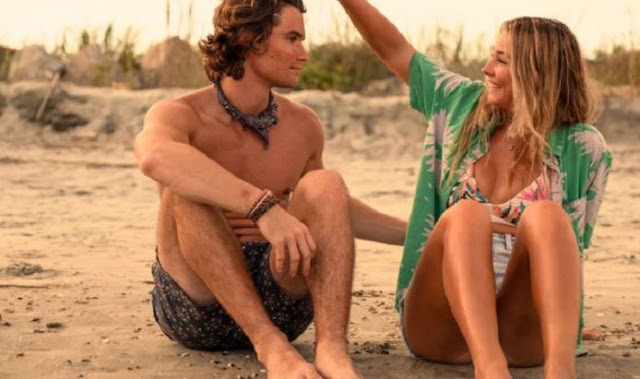 As the leader of the Pogues, John B.’s friends rely on him to guide them, even though they are the same age. However, Chase Stokes is much older than the character he plays. Actor Chase Stokes turned 28 in July 2021. Follow the actor on Instagram @hichasestokes!

Even though Chase Stokes is a little over a decade older than his OBX character, his on-screen girlfriend, actress Madelyn Cline is not much older than her Kook counterpart Sarah Cameron. Cline was born on December 21, 1997, making her a 23-year-old rising star. To follow the actress on Instagram @madelyncline!

Kiara, or “Kie” as her best friends call her, is perhaps the most brawler of the Pogues. Actress Madison Bailey was born on January 29, 1999, which makes her 22 years in real life. To follow the actress on Instagram @madisonbaileybabe!

Of all his Pogues friends, Pope is arguably the wisest beyond his age and the moral center of the group. Actor Jonathan Daviss plays the endearing character of Pope. He was born on February 28, 1999, which makes him 22 years old! To follow the actor on Instagram @jonathandavissofficial!

Like Bailey and Daviss, Rudy Pankow, who plays the faithful and absolutely adorable JJ, is also 22 in July 2021, born on August 12, 1998. To follow the actor on Instagram @rudeth!

Austin North, who plays Topper, the leader of the Kook villainous group and Sarah Cameron’s ex-boyfriend. At 24, North is the third oldest in the cast, having been born on July 30, 1996. On the day of the release of Season 2, North will be 25 years old. To follow the actor on Instagram @ austinnorth55!

Carlacia Grant joins the cast. She plays the role of Cleo. Confident and fearless, Cléo is a daughter of Nassau, a formidable art dodge, whose world collides with the Pogues. The actress is 21. To follow the actress on Instagram @carlaciagrant!