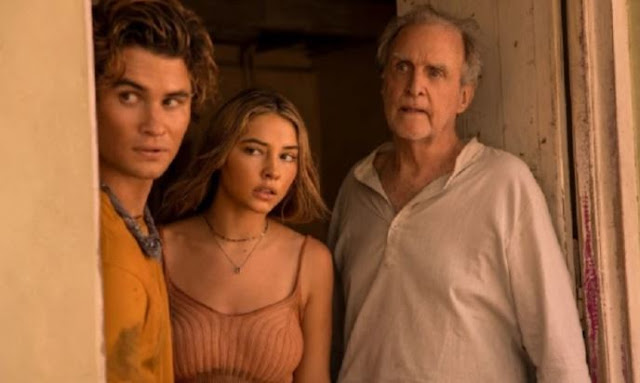 FIND ALL THE INFOS CONCERNING SARAH IN OUTER BANKS SEASON 2 ON NETFLIX! IS SHE DEAD?

Outer Banks is available on Netflix! If you want to find all the music from season 2, read on! Outer Banks, a Netflix popular series, is noted for its lovely waterside setting as well as cliffhangers and action sequences. For a detailed explanation of the end of the second season, read this.

The first two episodes of this season follow John B and Sarah Cameron as they search for gold given to the Bahamas by Sarah’s father. To find out how old the actors are and follow them on Instagram, read this. But they are not alone. Unbeknownst to them, Ward and Rafe also traveled to the Caribbean in search of gold.
Ward and Rafe believe their loved one is dead, and John B. and Sarah believe Ward and Rafe are still in North Carolina. This is a classic case where no one knows what is going on. At least that is the case until the end of Episode 2.

With the help of Cleo and his boss, John B. and Sarah manage to prevent Sarah’s father and brother from getting the gold and keeping it to themselves. That’s when Rafe makes his Rafe. He pulls out his gun and begins to fire, accidentally shooting Sarah in the process. The last shot of the episode shows Sarah squeezing her bloody stomach. But then did Sarah die in Outer Banks Season 2?

No, Sarah didn’t die in Outer Banks Season 2. After Sarah is shot, John gives her her father’s bandana and tells her to stick it over the wound. He calls Captain Terrance and describes their location as best he can. When Terrance and his crew arrive, John transfers Sarah to Terrance’s minivan and takes his girlfriend to a doctor that Terrance suggests. Cleo gives him back the gold coin they took from him earlier, knowing he will need it.

Initially, Dr. Nygard refuses to let them in. But after learning that Terrance sent them, he brings them into his house. John quickly learns that Nygard is no longer licensed and prefers to think of himself as a “service provider”. When he sees Sarah’s injury, his reaction is far from promising. John pays him with gold and begs him to save Sarah.

Once the operation is over, Nygard leaves John alone with an unconscious Sarah while he has a drink. In the meantime, Cleo persuades Terrance to maintain his pledge to John and wait the full eight hours. John finds out that Sarah has a pulse in her neck but not in her wrist and calls Nygard back.

When Sarah’s vital signs stabilize, Nygard asks John to give her cardiopulmonary resuscitation while he pumps oxygen into her lungs using a manual resuscitator. The situation becomes so dire that Nygard concludes that Sarah will not survive.

However, Sarah ends up proving him wrong and wakes up. She and John try to find Terrance and his crew, but find that the Cameron’s have recovered the gold. Realizing that it is not safe for them to stay in the Bahamas any longer, Sarah and John board Ward’s boat, say goodbye to Cleo, and return to the United States. They find JJ, Kiara, and Pope in Charleston and return with them to the Outer Banks.