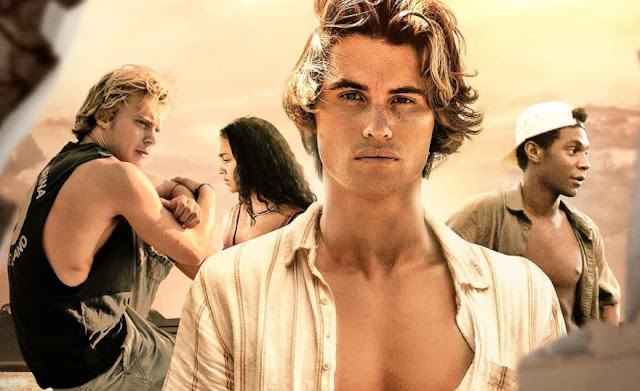 ALL THE NEWS ABOUT OUTER BANKS SEASON 2 ON NETFLIX! DATE AND TIME OF EXIT AND MORE.

Outer Banks is available on Netflix! If you want to know all about the Season 2 release, read on! Netflix had a premonition: In 2020, with beaches closed and spring break canceled, people would need a mysterious, scorching island to make quarantine a little less stifling.

Thus was born the teenage drama series Outer Banks, which landed on the streaming platform on April 15 in all its sunny North Carolina glory. The series chronicles the tensions between the Pogues, a working-class group, and the Kooks, a wealthier group, as the Pogues search for a sunken treasure of $ 400 million.

Our heroes find the treasure, of course, but Netflix will never let them get away with it. The money is stolen at the end of the series, and protagonist John B.. is charged with murder, and John B. and his girlfriend Sarah are presumed dead after their boat capsized in a storm.

But, in fact, they are on another boat, this one heading for the Bahamas, where they hope to recover their loot. We tell you all about Outer Banks Season 2 on Netflix!

WHAT IS THE RELEASE DATE AND TIME FOR OUTER BANKS SEASON 2 ON NETFLIX?

Fans have been waiting for him since the end of the first season, and the wait is not very long. The Outer Banks Season 2 release date has been set for July 30, 2021, on Netflix! For those who are eager to find out when the series will be released. The Outer Banks Season 2 will be available on Netflix in France at 9:01 a.m and at 03:00 am in the Us. and will be categorized as Originals.

Netflix has confirmed most of the main cast in Outer Banks Season 2. Chase Stokes and Madelyn Cline, who play John B and Sarah on the show, will be back in the new season.

Madison Bailey, Jonathan Daviss, and Rudy Pankow are all set to return for the upcoming season. They’ll be joined by ghosts, including Charles Esten, Austin North, Drew Starkey, and Deion Smith, as well as Julia Antonelli and Caroline Arapoglou.

The official synopsis for Season 2 of Outer Banks reveals that: “New friends also bring new enemies as they are on the gold trail again, while the stakes for Kiara, Pope, and JJ are high. rapidly intensify at home!

The $400 million is still on the line, but will the crew be reunited on a new mission due to the uncovering of a new secret? The adventure of a lifetime awaits them, but the unfamiliar waters that await them mean our Pogues must do all they can to make it out alive. “