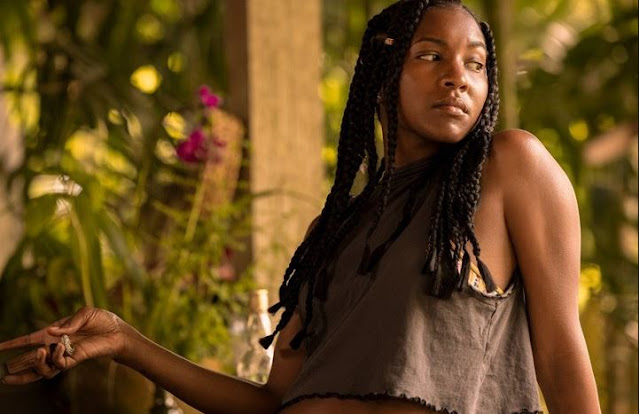 DISCOVER ALL THE INFOS ABOUT THE CHARACTER FROM SEASON 2 OF OUTER BANKS CLEO!

Outer Banks is available on Netflix! If you want to know who Cleo is, read on! Netflix’s Outer Banks teen drama series, created by Shannon Burke, Jonas Pate, and Josh Pate, has a varied cast of individuals. Read on to learn when the third season will be published.

One of the latest additions to the cast is Cleo, a Caribbean girl. Performed by Carlacia Grant, who is arguably best known for her roles in “Game of Silence” and “Greenleaf”. Cleo quickly became a fan favorite. Everything you need to know about her is right here.

WHO IS CLEO’S CHARACTER?

The audience meets Cleo in the Season 2 premiere. She is one of the crews of Captain Terrance’s ship and is on deck when Terrance learns that John is a suspected cop killer and that there is a reward of $ 50,000 for his capture. One evening, while Sarah is alone, they kidnap her and Cleo visits John to inform him of what has happened.

In the second episode, Cléo develops a strong bond with Sarah. She demonstrates that although she is a thief and smuggler, she can be fiercely loyal to those dear to her. She gets really worried after Sarah gets shot and pushes John to keep her friend safe.

Terrance is persuaded not to leave the harbor without John and Sarah, allowing Ward to reclaim his gold. Even so, she assists Sarah and John in eluding the authorities and fleeing Nassau.

Cleo returns at the end of Season 2. After what happened in Nassau, she was forced to leave town, and at one point, she took a job on the ship carrying the Cross of Santo Domingo.

She then reunites with John and helps him along with his friends in their attempt to save Sarah and get the Cross back. If they succeed in carrying out the first part of the plan, they fail in the second. The Cameron family already had the gold. Now they also have the Cross. Cleo and the others, meantime, have arrived on a supposedly uninhabited Caribbean island.

WHO IS CARLACIA GRANT THE ACTRESS PLAYING CLEO IN OUTER BANKS? INSTAGRAM  AND MORE.

Cecilia Grant was born on January 18, 2000, in Coral Springs, Florida, which means the Outer Banks season 2 star is 21 years old. If you want to follow the Cleo actress on Instagram @carlaciagrant!

Grant’s television and film acting career began with Roots in 2016. Carcalia Grant has also appeared in Greenleaf, Game of Silence, Bae Night, and The Resident. She did not appear in the first season of the original Netflix series. She plays the role of Cleo in season 2 of Outer Banks.