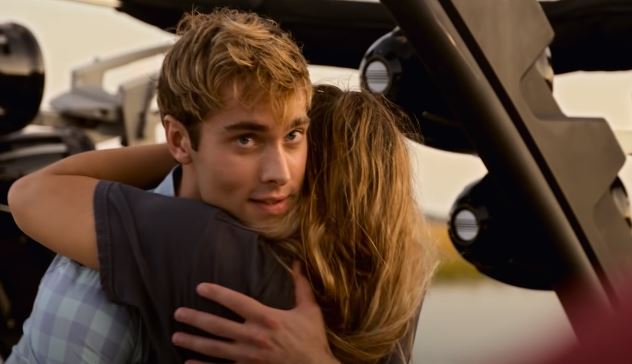 ALL THE NEWS ABOUT OUTER BANKS SEASON 3 ON NETFLIX! RELEASE DATE, RENEWAL, AND MORE.

Netflix has released Outer Banks! Continue reading to learn everything there is to know about the Season 3 premiere! The spotlight will move to Outer Banks Season 3 when fans begin binge-watching the new season of the Netflix original series. To learn more about the Season 2 ending explanation, read this.

The action-adventure mystery series is one of Netflix’s most popular original shows, and the second season’s release has prompted many fans to inquire about Season 3’s release date. ‘Outer Banks’ is a place on the east coast of the United States.

Chase Stokes and Madelyn Cline appear in the award-winning series, which follows a group of teens in their search for buried wealth, which also unveils a long-buried mystery. Outer Banks received high marks as well. While Netflix has been experimenting with various streaming techniques this year, it doesn’t appear that it will do so with the Outer Banks and their streaming ambitions. We tell you all you need to know about Outer Banks Season 3 on Netflix!

WHAT IS THE RELEASE DATE FOR SEASON 3 ON NETFLIX?

The whole second season, consisting of ten episodes lasting roughly 50 minutes, was released on July 30, 2021. There have been no renewal announcements for Season 3 of Outer Banks on Netflix as of yet. We are, nevertheless, quite excited about the release of Season 3 due to the popularity of the first season and the high expectations that fans had.

If we continue on the same path as the first two seasons, the series will be renewed soon. Netflix should release Season 3 of The Outer Banks next summer or in late 2022!

Boyd will most likely only appear in flashback moments in Season 3, given his character was slain. The remainder of the cast will almost certainly return.

The exact amount of episodes in Outer Banks Season 3 is unknown at this moment, and will most likely be revealed after the renewal is confirmed. If one were to predict, there would most likely be ten episodes, similar to the prior two sets of episodes.

Rafe and Ward took the gold and the Santo Domingo Cross from John and his associates at the end of Season 2. The buddies wind up on a supposedly desolate Caribbean island after evading their pursuers. Season 2 comes to a shocking conclusion: Big John is still alive. In exchange for his son’s assistance, he promises to reveal the location of the Savior’s garment to Limbrey.

The island where John and his companions are abandoned in Season 3 of The Outer Banks could be the same location that the Cameron family is traveling to. Rafe could blame Barry for betraying him when he returns to the Outer Banks. Meanwhile, Big John and Limbrey might team up to bring Ward and Rafe down. Topper could finally afford to take the next step. A fresh mystery involving the Royal Merchant may be discovered by the group of pals.