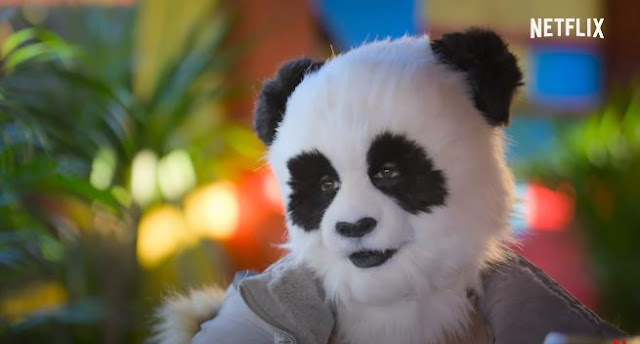 DISCOVER ALL THE NEWS ABOUT SEXY BEASTS SEASON 2 ON NETFLIX! RELEASE DATE, RENEWAL, AND MORE.

Sexy Beasts is available on Netflix! If you want to know all about the Season 2 release, read on! The dating reality series features a person in search of love, with an emphasis on personality. All three candidates are masked with prosthetic makeup.

Sexy Beast is a cover of a dating show that aired on the BBC in 2014. Are people costumed as lizards, dinosaurs, and pandas go on dates without revealing their true identities? This is arguably one of Netflix’s weirdest reality TV shows. If you’ve completed the first season, then you might want to know when Sexy Beasts Season 2 hits Netflix, we’ve been telling you all about it!

The first season was released in full on July 21 with 6 episodes of 25 minutes each. Regarding Season 2 of Sexy Beasts, it has already been renewed for Season 2, even before the premiere! According to some sources, Netflix has signed a two-season contract with production company Lion TV.

Although an exact release date has not been disclosed for Season 2 of Sexy Beasts, the next set of episodes has finished filming and is slated for release later in 2021. It has already been confirmed that the second season will have 6 episodes also. In this case, the release date of Season 2 of Sexy Beasts should be set for the end of 2021 on Netflix!

Rob Delaney, a comedian, actor, and writer, narrates Sexy Beasts. Each episode brings a new set of cast members, all masked under layers of prosthetic makeup. Emma, James, Kariselle, Ibrahim, Nina, and Kelechi were all looking for love in the first season. Likewise, the next iteration will feature a new series of singles, who will each go out with three people to choose their mate.