SpaceX takes nearly 88 satellites into space with it 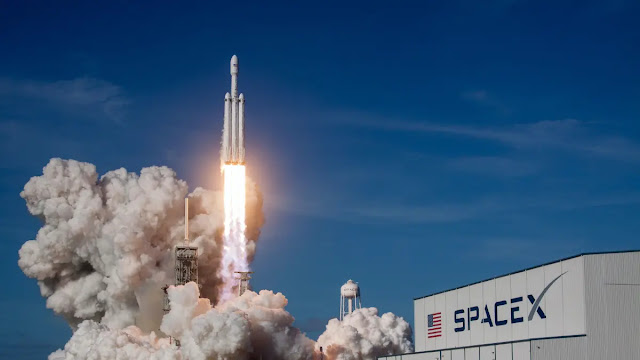 Elon Musk’s company, SpaceX, has just launched nearly 88 satellites into space. A figure that will increase over the months, especially since they wish to place nearly 900 satellites in space.

Elon Musk’s firm has just launched 88 additional satellites into space. To accomplish this mission, the American company has relied on the Falcon 9 rocket. As a reminder, SpaceX has already launched 99 satellites since the start of 2021.

On Wednesday, June 30, SpaceX launched the “Transporter-2” mission into space. As a reminder, the launch has accumulated several days of delay. The firm was to launch the satellites on Friday, June 25. A host of obstacles delayed the launch.

The “Transporter-2” mission is a kind of carpooling launched by SpaceX to send 88 additional satellites into space. It was the Falcon 9 rocket that carried them into orbit. Its launcher was made up of ten Merlin engines fueled by kerosene and liquid oxygen.

SpaceX has already used the Falcon 9 rocket to send several satellites into space. According to the statements of the company, 900 satellites have already been sent in 2021.

Remember that SpaceX has achieved a record. Earlier this year, the company was able to send 143 satellites at one time. Teams at the firm are developing the Starship rocket, a device capable of sending 400 satellites at once.

Most of the satellites sent by SpaceX relate to the operation of the Starlink project. Elon Musk gives special importance to this project and does everything to make it a success. Satellite internet will be available in August 2021.

It should be noted that carpooling allows the American company to save money. The program allows several miniature satellites to be sent at once and at a reduced cost. Recall that the Pentagon’s space development agency is among the institutions involved in the satellites launched by Elon Musk, not to mention the United States Department of Defense.