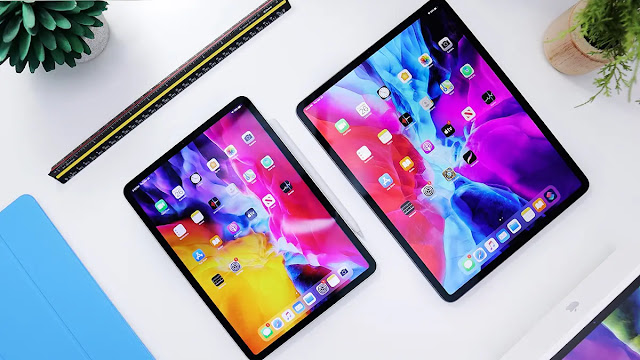 According to Ming-Chi Kuo, Apple could integrate a panel equipped with mini-LED technology to the 11-inch iPad Pro, the 12-inch iPad Pro as well as the MacBook Air in 2022.

In a new report, famous analyst Ming-Chi Kuo indicates that the 2022 11-inch iPad Pro will be equipped with a mini-LED display and at the same time adds that “we expect that new products equipped with mini-LED screens in 2022 include the 11-inch and 12.9-inch iPad Pro and the newly designed MacBook Air ”.

The analyst indicates that the Cupertino company could equip the 11-inch iPad Pro with a mini-LED screen in 2022, as is already the case for the iPad Pro 12.9. As a reminder, mini-LED technology offers greater power compared to LCD screens, especially when it comes to HDR content.

By equipping a mini-LED display, the 11-inch iPad Pro would widen the gap with the iPad Air. However, there are rumors that the iPad Air 5 could be equipped with an OLED display in 2022.

If the information unveiled by Ming-Chi Kuo is confirmed, Apple would equip the 11-inch iPad Pro with a Mini-LED display as early as next year and leave OLED for models scheduled for 2023.

The power of the mini-LED screen

By equipping next year’s iPad Pros with a mini-LED display, the devices would benefit from better brightness and better contrast. This technology uses 10,000 Mini-LEDs arranged in 2,596 dimming zones to provide very high contrast ratios. This allows the iPad to precisely manage the backlit areas. In addition, it should be noted that the mini-LED screen is designed to reduce the effect of blooming.

Ultimately, analysts indicate that the devices produced by the American firm would all be equipped with an OLED screen. They predict that the mini-LED screens will only be temporary. Apple is reportedly preparing an iPad with an OLED display in 2023.

It should be noted that the information published by Bloomberg also indicates that the Cupertino company is working on a new iPad Pro compatible with wireless charging.