The Flash Season 7: Explanation of the end! Godspeed, Reverse Flash. 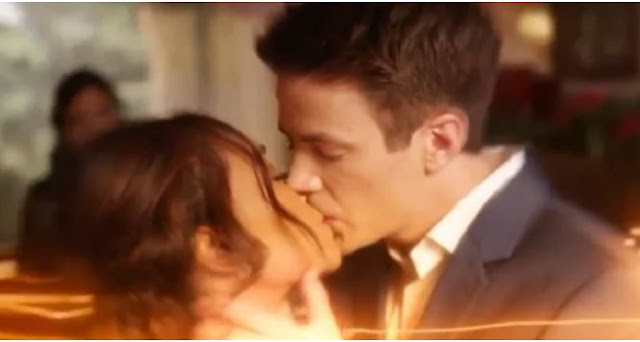 DISCOVER THE EXPLANATION OF THE END OF SEASON 7 OF THE FLASH! XS & IMPULSE, REVERSE-FLASH, AND MORE.

The Flash Season 7 is back on The CW! If you want to know all about the explanation for the end of Season 7, read on! The last season of the Speedster on the channel ended on July 20, 2021. Tears have been shed. Vows have been renewed. Old enemies became allies, then enemies again, before collapsing to the ground in a heap of shame and relative lack of speed. To find out all the info on Season 8, read this.

But here we are getting ahead. The end of Season 7 of The Flash sees several crucial storylines come to an end. In particular, the story of Godspeed, the infamous man-made speedster with a penchant for religious imagery, needed to be dealt with. The masked threat of Karan Oberoi, who turned out to be the end of Jay Garrick, has been a real thorn in the side of The Flash and his friends in recent days.

EXPLANATION OF THE END OF SEASON 7 OF THE FLASH!

After the cliffhanger of the 150th episode, the ending of Season 7 of The Flash revealed the true motivations of August Heart, who wanted to possess organic speed. The only way to stop the Godspeed clones from terrorizing Central City was for Barry to give August what he asked for. After the Flash Family tried to stop the clones, Barry ended up giving August what he wanted, but Godspeed reneged on his promise like a real villain.

A real Speedster war was about to become a reality. This hostility will not last, let alone into the future, and by the time the season finale arrives, the Barry of the present finds himself living up to the expectations of the children he has yet to father: Bart and Nora West. -Allen, the team of brothers and sisters traveling in the time of the year 2049. Lots of elements that we will dissect!

While Barry and Godspeed clash, Eobard Thawne, aka Reverse-Flash, reappears. Unlike their previous encounters, The Flash and Reverse-Flash had to put their differences aside to fight Godspeed as a team. Godspeed created a lightsaber-like weapon from the energy of the Swift Force and ended up stabbing Godspeed, who survived but was locked up in Iron Heights, thus ending the Civil War.

XS AND IMPULSE WILL THEY COME BACK?

While Nora and Bart West-Allen were in attendance for their parents’ vows renewal, The Flash season 7 ending was rather ambiguous as to what happened next for XS and Impulse. Since Godspeed was defeated the year 2049 is again technically secure but the future is also different as Jay Garrick’s death has been averted. The Flash Season 7 finale ended with Iris and Barry renewing their vows in front of their children.

It took the Arrowverse seven years to finally introduce Impulse to The Flash as one of the last great speedsters in comics. Crisis on Infinite Earths also provided a gentle reboot of XS as a character, which is why it’s hard to imagine The Flash won’t use them again next season. It could also set up a spinoff series from XS and Impulse.

HOW THE END SETS UP SEASON 8?

Even though the wait has been long, Season 7 of The Flash restored Reverse-Flash with the face of Harrison Wells. Although they teamed up to defeat Godspeed, the war between Reverse-Flash and The Flash will never be over. If Barry was able to beat Eobard, The Flash left the door open for Reverse-Flash to become a major villain again. While no big bad has been officially announced for Season 8 of The Flash, Reverse-Flash could be a major antagonist given the set-up of the finale.

From the start of the series, it has always been clear that Eobard will always play a pivotal role in Barry’s life as the ultimate opponent. Along with their iconic rivalry, season 8 of The Flash must also go into great detail about how Eobard was able to return. Other than mentioning that the Swift Force has connected with the Negative Swift Force, they haven’t delved into their explanation of how it works. Even if The Flash Season 9 were to take place, there is no reason that Reverse-Flash should not be back next year.