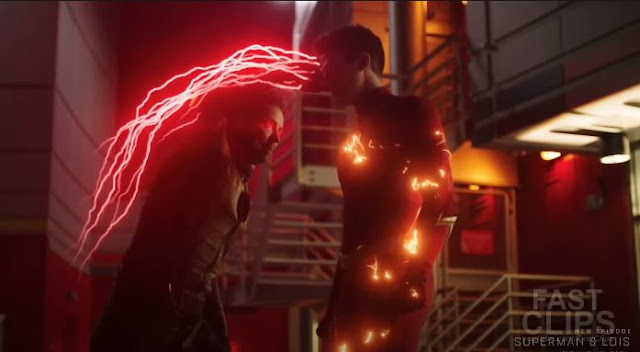 DISCOVER ALL THE INFOS CONCERNING THE FLASH SEASON 8! RELEASE DATE, RENEWAL, AND MORE.

The Flash Season 7 is back on The CW! If you want to know everything about the Season 8 release, read on! Since 2014, The Flash has followed Barry Allen as he uses his superhero speed to fight the evil forces of Central City. The seventh season of the CW series saw her take on evil tech founder Eva McCulloch and attempt to end the escalating speedster war to bring down Godspeed.

Over the seven seasons, the show has developed a massive fanbase, which must be curious to learn more about the upcoming season 8 of the show. With Godspeed ultimately defeated and the timeline still intact despite Bart and Nora’s time travel, Season 7 of The Flash came to an end with a few storylines remaining that will likely continue into Season 8. Here’s everything we know. on season 8 of The Flash.

WHAT IS THE RELEASE DATE FOR SEASON 8 OF THE FLASH?

The Flash has been The CW’s number one series since 2014, so it was even less surprising that the series was renewed for a season 8 in February 2021, a month before the season 7 premiere. The filming of season 8 of The Flash is scheduled to begin in mid-August and production will end at the end of March 2022. It is not known how many episodes will be in Season 8, but there will likely be at least 18 in total.

The Flash will return in the fall of this year, with Season 8 slated for release Tuesday, November 16 on The CW. You will therefore have the release of Season 8 of The Flash in France from November 17 on streaming sites. The season will kick off with a five-episode crossover-style event. It won’t be as big as Crisis on Infinite Earths, but fans should expect to see other Arrowverse superheroes appear in every episode of The Flash.

For season 8, the return of Grant Gustin, Candice Patton, Danielle Panabaker, and Jesse L. Martin has been confirmed. Actor Tom Cavanagh, who plays various iterations of Harrison Wells and Eobard Thawne / Reverse-Flash, as well as Carlos Valdes, who plays Cisco Ramon, will not be returning as regulars in the next season.

Season 7 of The Flash ended uniquely compared to the other seasons. There was no major cliffhanger and it ended on a happy note as Barry and Iris renewed their vows to each other in the presence of family and closest friends.

In Season 8 of The Flash, the team will likely have to deal with these changes while battling new enemies. Kramer’s sweeping approach to curbing metahuman criminal activity should also remain a key plot point. Showrunner Eric Wallace has hinted that the series may adapt the comic book plot that sees Iris coming from the future.

This ensures that Iris will have a subplot next season, which could be linked to the Eternium that Harrison “Nash” Wells detected on her in Season 6. Additionally, The Flash has already prepared the return of Reverse-Flash. in Season 8. After Barry and Iris called on him to help them defeat Godspeed, the evil speedster was furious that The Flash was finally faster than him. This sets up a future battle between the two speedsters in season 8 of The Flash.