The Mire Season 2: Explanation of the end of the Netflix series! 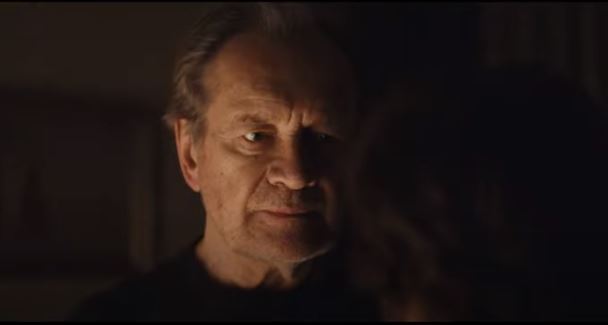 FIND THE EXPLANATION OF THE END OF THE MIRE SEASON 2 ON NETFLIX!

EXPLANATION OF THE END OF SEASON 2 OF THE MIRE

The death of Daniel Gwitt is, of course, the central enigma here. This mystery hangs over most of this slow-burning crime drama, and Anna eventually uncovers the truth at the end of Season 2 of The Mire. Daniel was drowned in a bathtub with bath salts. Broken glass under the tub and a pot of salt prove it when Anna and Jarek go to investigate the housing estate. The responsible man? This is Andrzej, the police chief.

After breaking into her car and finding a cassette player in the trunk, Anna manages to piece together the truth about Andrzej. Daniel was with him that night, in hiding and listening to Jacek and Andrzej discuss the ex-militiaman they plan to hire to break the bank. Jacek expresses his concern, admitting that if the bank gives in, flooding could reach Oaza. If so, they will have to redo the foundations of the villa. It would be disastrous for Andrjez, as we discover he has a body hidden in the concrete floor.

When Daniel tried to escape that night, the chief drowned him after knocking him unconscious. The bath salts were a pure coincidence, as they fell off the windowsill during the wrestling. Daniel was eventually killed to prevent this truth from being revealed.

WHAT HAPPENS IN WALDEK?

Piotr is involved in the investigation into the mysterious disappearance of Waldek, the son of the newspaper’s benefactor, Kielak. He ends up discovering that the scheming son, who, to run away with his lover but also to ensure that his rich father continues to support him, is faking his kidnapping and forcing his father to pay the astronomical ransom that ‘he intends to keep.

Unfortunately, to carry out his plans, Waldek enlists the help of the prosecutor and his rogue aides, who betray and brutally murder him, keeping the money to themselves. The sinister prosecutor is seen smiling when asked if he kept all the ransom money.

It is highly likely that Waldek’s murder also indirectly led to Daniel’s murder. The prosecutor concealed Waldek’s corpse in the cement foundations of his newly built house at Oaza Estate after murdering him. As the developer explains, if the estate were flooded, the foundations would have had to be dug, which would have uncovered the body and the crime of the prosecutor. Therefore, the official also had a strong motivation to avoid the flooding of the estate, which led him to organize the destruction of the dikes in the Grunty Forest, which diverted water from the estate.

So it looks like the old reporter is finally making peace with his past and also opening up about his relationship with Else. The fact that he shares his story with Nadia and that Nadia supports him in his decision also suggests that Witold is finally embarking on his journey to Germany in search of his lost love. Of course, it remains to be seen whether he will manage to find Else after more than 50 years of separation.