The Pursuit of Love Season 1: Explanation of the end! 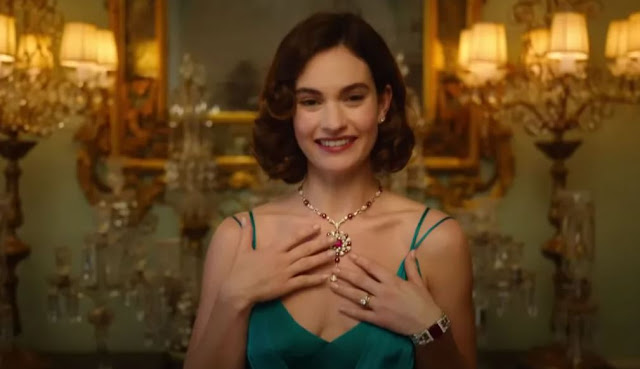 The Pursuit of Love Season 1

WATCH THE END OF THE PURSUIT OF LOVE SEASON 1 EXPLANATION ON AMAZON PRIME VIDEO!

The three-episode miniseries first aired on the BBC in May 2021 and is available to stream on Amazon Prime Video from July 30, 2021. The Pursuit of Love centers on Linda Radlett and her cousin Fanny Logan, who is also the narrator of the story.

Best friends since childhood, Linda and Fanny want a life greater than the suffocating walls of Alconleigh, Linda’s ancestral home. They have the opportunity to break free when they reach adulthood, which means finding a suitable husband and raising a family according to the rules of the British aristocracy.

But Linda has her own dreams of finding her ideal love and this leads her to live a dramatic and tumultuous life. Meanwhile, Fanny can only attend the scene and pick up the pieces for Linda as she struggles with her own life choices. If you want to know all about The Pursuit of Love Season 1 ending, read on!

Linda’s heartbreaking love story does not end quite as she had imagined. Having looked for the love of her life since learning the concept as a child, Linda’s time with Fabrice is heartbreakingly brief. She risks her life by living in London during the war, awaiting his call, and does not leave until her apartment is destroyed.

Even back in Alconleigh, she does not lose hope and faithfully waits for Fabrice. Fabrice seemed to have fallen in love with Linda, despite what his family has stated and Fabrice’s reputation. Sadly, Linda died of complications during childbirth, which doctors warned her about during her first pregnancy.

Although this is not explicitly said, it is very likely that Linda will continue her pregnancy despite the risks involved, in order to give birth to a symbol of her love with Fabrice. The reason she has always remained cold towards her first daughter, Moira, is Linda’s utter disgust for her first husband Tony and his conceited family. So it seems logical that she really wants a baby with Fabrice, who is the love of her life.

Fabrice, too, is killed shortly after Linda’s death. He is captured by the German Gestapo and shot. Although she is never reunited with Fabrice, Linda mentions to Fanny that she should write a book about her happy ending. As a result, our romantic star seems to have achieved what seems to be one of her biggest wishes of a lifetime, to find a man who is the love of her life. She seems satisfied to have succeeded and, as Fanny says, she dies happy.

The central dilemma of the series is whether it is better to take risks and chase after experiences or live a controlled life within the limits of social expectations. Linda follows the first path, and Fanny chooses the second. As they share the goal of achieving happiness in their romantic relationships, audiences see the effectiveness of each of these strategies over the other.

Fanny is convinced that Linda’s life is exciting as she gets lost in a predictable marriage, and Linda praises Fanny’s courage to settle down and blames herself for not sticking to just one thing. Linda expresses regret for leaving her vain husband Tony, whom she despised.

Ultimately, Bolter solves the mystery. At the end of Season 1 of The Pursuit of Love, she reveals to Fanny that while she appreciated her constant freedom and being unaccountable to men, this life has not been favorable to her. in his old age.

She says it’s just as good that Linda, after her swirling love affair, died when she was still young. The two women then burst out laughing and it seems that, despite their opposing views on the matter, they have finally realized that there is no right path to a long and happy life.