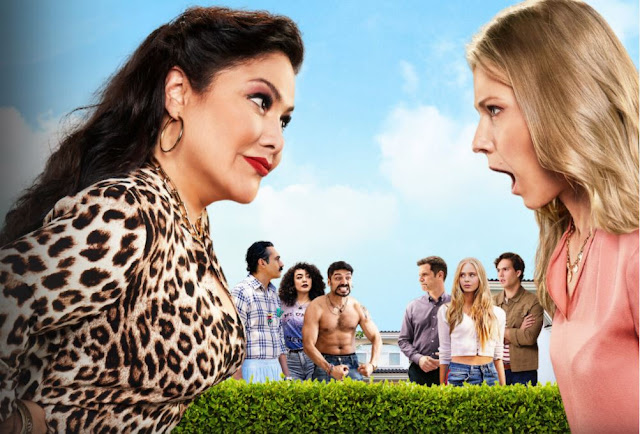 DISCOVER ALL THE NEWS ABOUT THE WAR NEXT DOOR SEASON 2 ON NETFLIX! RELEASE DATE, RENEWAL, AND MORE.

The War Next-door is available on Netflix! If you want to know all about the Season 2 release, read on! After an incident in which Leonor, poor in money but rich in love, managed to walk away with the raffle tickets to a house. Her life and that of her family will be turned upside down when she unexpectedly wins. When Leonor meets her next-door neighbor Silvia, who is wealthy in money but lacking in love, she will quickly discover that not all is as it seems.

Who is the lady with whom she had the altercation, and therefore the legal owner of the raffle tickets? From that moment on, the two women, who appear to be diametrically different, will start a war over what they believe is best for their families. If you’ve completed the show’s first season, then you might want to know when The War Next-door Season 2 will be released on Netflix, we’ve told you everything!

WHAT IS THE RELEASE DATE FOR THE WAR NEXT DOOR SEASON 2 ON NETFLIX?

The first season was released on July 7, 2021, with 8 episodes of approximately 30 minutes. Currently, no renewal announcements have been made for Season 2 of The War Next-door. We do believe, however, that there’s a good chance the series will see a sequel coming.

It was made by the same team who made the successful Daughter from Another Mother, and it employs the same programming. If the series is renewed in the next few months, the release date of Season 2 of The War Next-door should be set for summer 2022 on Netflix!

Silvia tries to compel Leonor to sell her the house in the first season. Leonor’s family can no longer afford to live in The War Next-door, and Silvia wants them to go. At the end of the first season, Ernesto and Genaro close the door to Silvia and Leonor as the two families move in together. They suggest that the two women stay separate in Silvia’s house, which is flooded with sewage.

If there is a The War Next-door Season 2, it would be interesting to see how things change between Silvia and Leonor. Although they do not love each other, it is undeniable that they live in a bubble of their own. This was pointed out by their two families. And as the López and the Espinoza are forced to live in the same house, things could get even more dramatic.