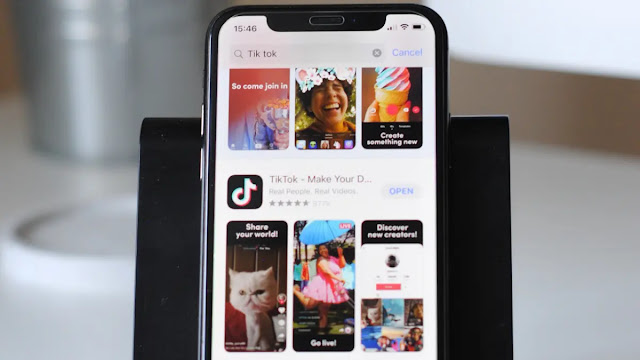 The TikTok app is the biggest app success of the past few years. ByteDance’s app has surpassed three billion downloads and made history.

There is no longer any doubt that TikTok is a huge success. During the quarantine period, its popularity only increased, propelling the application among the most downloaded. According to a Sensor Tower study, the video maker app has now passed 3 billion downloads.

By exceeding this number, TikTok is making apps history. Indeed, it becomes the first non-Facebook app to achieve such a figure, despite being withdrawn from India. Last June, India banned Chinese apps like TikTok and WeChat for security and privacy concerns as a border dispute escalated between the two countries. Note that India was one of TikTok’s biggest markets, yet TikTok’s popularity in the rest of the world has continued to grow.

In the first half of 2021, TikTok was the most downloaded application in the world with nearly 383 million first installs. But TikTok didn’t stop there, as, in the second quarter of 2021, the app saw its strongest quarter-over-quarter growth in consumer spending. As a result, expenses climbed 39% to $ 534.6 million from $ 384.7 million in the previous quarter.

Also according to the Sensor Tower study, TikTok is the fifth non-game app to reach such a high spending level slipping alongside WhatsApp, Messenger, Facebook and Instagram have reached this mark. In addition, consumer spending on the TikTok app is currently over $ 2.5 billion.

As of January 2014, just five non-gaming apps have generated more than $ 2.5 billion in consumer spending. The five to reach this number are Tinder, Netflix, YouTube, Tencent Video, and TikTok. Sensor Tower has spoken out about TikTok and believes the parent company ByteDance “will undoubtedly continue to innovate and grow the ecosystem of creators on TikTok” to remain attractive as other emerging standalone competitors like the Kwai and Moj applications.