Van Helsing Season 4: Explanation of the end of the series! 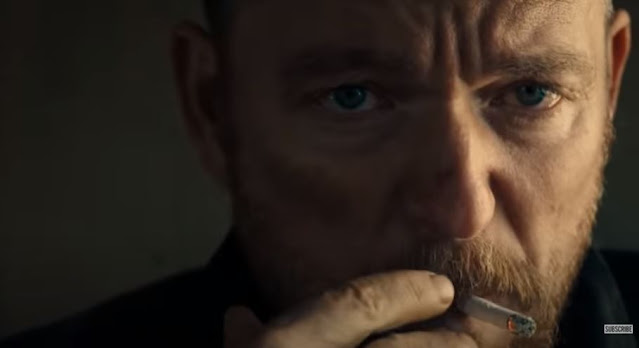 Van Helsing is available on Netflix! If you want to know all about the explanation for the end of Season 4, read on! With the news of the fifth season being renewed, Van Helsing sends viewers on a mental journey that promises to revamp the familiar plot and hints that a new generation of vampire slayers may be ready to take up the family torch.

With Vanessa still confined in the Dark Realm, “The Beholder” places the burden of proof squarely on the shoulders of Jack and Violet, and the genetically created sisters do not disappoint. But let’s not lose sight of the fact that without the guiding hand and wisdom of Sergeant Axel Miller, this fight may be over long ago.

The approach to a season’s end is always complicated, but showrunner Jonathan Lloyd Walker’s decision to go all-in and leave viewers with a terrifying, but eerily heartwarming, final scene cleverly sets up a series conclusion. This gives the writers plenty of time to consider what it means to be a Van Helsing in the chaotic world to which they want to return.

There has always been some form of distraction in Van Helsing’s tale, and now that the shapeshifter component is in full swing, it’s even harder for the characters and the audience to figure out who is who and what’s going on. For the explanation of the ending of Van Helsing Season 4, read on!

EXPLANATION OF THE END OF SEASON 4 BY VAN HELSING

Unable to fight Dracula due to his near-omnipotent control of the Dark Realm, Violet and Jack sit down as Dracula explains that the two sisters were not created as a weapon to destroy her, but rather as a means to escape. She shows the sisters a vision of their father, Wilhelm, forced by his dreams of Dracula to sleep with two women and pass on Dracula’s blood to them, making Violet and Jack his biological daughters, unrelated to Vanessa.

Another revelation from the Dark One is that the dreams, voices, and visions that brought Violet, Jack, and Vanessa together were all psychic visions of Dracula herself, which reinforces the idea that Jack and Violet’s fate always did. Dracula’s strategy to lead the sisters to her is part of his plot.

This plot is ultimately resolved, as it turns out that was when Dracula planted a Seed of Darkness in Jack, which only grew with a Psychic Seed when Bathory interrogated Jack and the marked with a pentagram, allowing the Dark One to have great influence over Jack.

While this new type of Superwalker of the Day can still be killed by beheading, the battle leaves Axel and Julius in dire straits, as inhaling the orange powder negated their healing abilities as well. Violet and Ivory, however, retained their healing abilities. Dracula may have broken Ivory’s neck, but that doesn’t stop her for long, and she releases Violet to help him destroy Dracula before he is released.

Unfortunately, they arrive too late, as Dracula and Bathory take to the skies in a presidential helicopter while Violet and Ivory are eliminated by soldiers loyal to who they mistake for President Archer. Although they manage to reach the Sunshine Bunker, Julius collapses and, despite evidence to the contrary, appears to be dead. Of course, we hope that Doc is on the other side of the active security camera and that he will be able to deal with any new illnesses Julius and Axel are suffering from. But above all, we are forced to wonder if the two men have not lost their immunity and returned to their original human state.