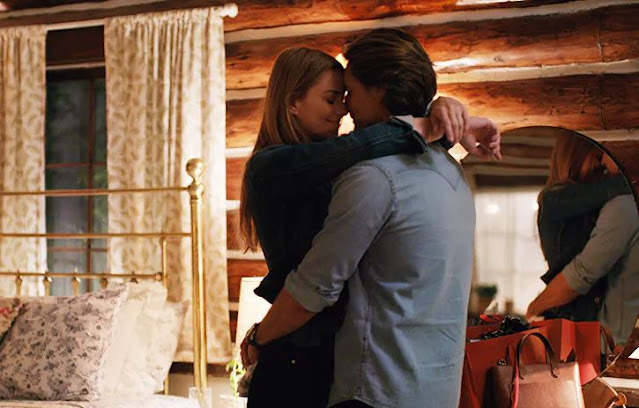 FIND ALL THE NEWS ABOUT VIRGIN RIVER SEASON 4 ON NETFLIX! RELEASE DATE, RENEWAL, AND MORE.

The hit series made its return this summer, well ahead of the usual release schedule of the first two seasons, and answered all of our burning questions, however, it left some new ones on the grid. We give you an explanation of the end of the third season here. After the end-of-season cliffhanger, it’s normal that you want to know when Virgin River Season 4 will be released on Netflix, we’ve been telling you everything!

WHAT IS THE RELEASE DATE FOR VIRGIN RIVER SEASON 4 ON NETFLIX?

The third season of the series was released on July 9, 2021, with 10 episodes of approximately 45 minutes. Currently, no renewal announcements have been made regarding the release of Season 4 of Virgin River. However, if rumors are to be believed, filming for Season 4 of Virgin River is scheduled to begin in late July 2021. From what we know, filming will continue until November of this year.

Everyone looks green for a sequel to the series, both critically and in terms of the popularity of the series. So, we think it’s quite safe to say that it’s only a matter of time before the official announcement follows. The Virgin River Season 4 release date is slated for summer 2022 on Netflix.

In the season finale, as Jack proposes to Mel, she tells him that she is pregnant and that she doesn’t know if he’s the father. The fate of their relationship will be a major focus of Season 4. In addition, Season 4 of Virgin River will also explore the love between Doc and Hope and how their medical issues determine the future of the former couple.

The custody battle for the twins could lead to more animosity between Charmaine and Jack, and with Todd in the background, this situation is unlikely to be settled anytime soon. Brady and Brie’s relationship is jeopardized by Jack’s arrest, as is Lizzie and Ricky’s. Season 4 will therefore probably shed light on this subject.

Along the way, the cast has welcomed several new faces, including Ben Hollingsworth (Dan Brady), Melinda Dahl (Stacie), Zibby Allen (Brie Sheridan), Stacey Farber (Tara Anderson), and Sarah Dugdale (Lizzie). Season 4 is expected to see new faces returning and the current cast to continue for those who have completed Season 3.