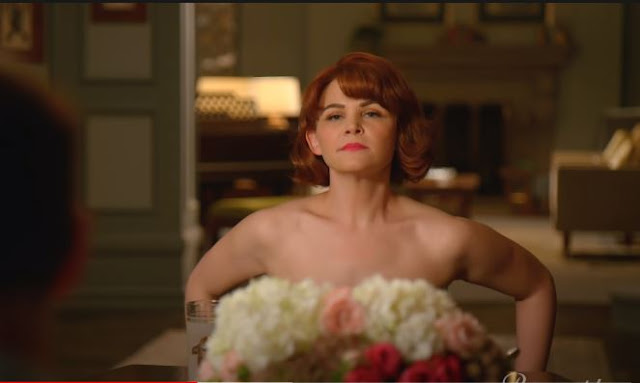 DISCOVER ALL THE NEWS ABOUT WHY WOMEN KILL SEASON 2 EPISODE 10 ON SALTO! DATE AND TIME OF EXIT AND MORE.

Why Women Kill is available on Salto! If you want to know all about Season 2 Episode 10, read on! The black comedy anthology series Why Women Kill, from Desperate Housewives creator Marc Cherry, is nearing the end of its season 2.

The second season premiered on Paramount + on June 3 and Salto on June 4 and featured a set of familiar faces to tell the stories of a new fleet of housewives. Throughout Season 2 of Why Women Kill, Alma Fillcott wanted to be Rita Castillo. She wanted her money, her dresses and her social standing, her influence on the Garden Club witch circle.

But, at first, it didn’t seem like Alma wanted Rita’s moral flexibility as well. She envied Rita’s popularity and status because she felt she deserved it more. She was a better and nicer person. In “The Unguarded Moment,” Alma eventually supplanted her rival, but she became a worse version of herself and an even less scrupulous and more complicit person. Now let us bring you the details of Episode 10 of Season 2 of Why Women Kill on Salto!

Season 2 Episode 9 ended with a dramatic turnaround against Rita as Alma continued to conquer the garden club, setting the stage for the unmissable event finale.

This second season will have 10 episodes. The release date of Episode 10 of Season 2 of Why Women Kill has been set for Thursday, July 29, 2021, in the US. Salto offers the series in the US + 24 and the episode will therefore have its release date set for Friday, July 30 in France!

For the more impatient who want to know what time it will be available. The release time of Episode 10 of Season 2 of Why Women Kill has been set for 9 a.m. in France on Salto!

WHAT TO REMEMBER FROM THE END OF THE LAST EPISODE?

Desperate, Rita turns to Scooter, who secretly offers to give her some money, even if he doesn’t want to let Catherine down. But Catherine misinterprets the situation. She follows Scooter and sees the brief moment of inattention he spends with Rita as a return to her old ways.

He tries to defend himself, and Rita tries to defend him, but Catherine doesn’t intend to. She pulls out a gun, aims at Rita, and shoots. The first ball hits Scooter, which lands in the path of the ball. The second bullet misses Rita and hits Bertram, who is in the nearby street.

In a way, the fact that Bertram was a not-so-innocent bystander of Catherine’s moment of madness helps him get away with it. He had already begun to drink and commune with a dead woman. Vern had discovered that the unique combination of chemicals used to kill Carlo was frequently purchased by the vet.

Bertram was adultery and a murderer, Alma had confessed to Dee, who had discovered Mrs. Yost’s death in the garden. The net closed around him. Now he has no one else to surround himself with but his widow, who arguably deserves the fate that has been reserved for him more than himself. Time will tell what the finale has in store for him.