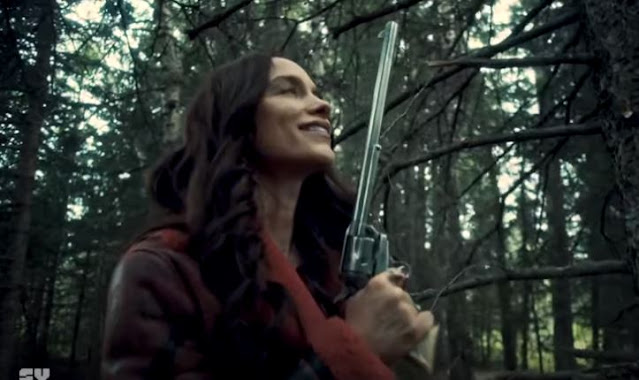 Based on Beau Smith’s eponymous comic book series. Wynonna Earp is a thrilling supernatural action series that has entertained fans since its premiere in 2016. The series focuses on the titular character Wynonna Earp, who is shown to be the man’s great-great-granddaughter. lawmaker Wyatt Earp.

Wyatt having killed numerous outlaws during his time in law enforcement, return as ghosts to attack Wynonna’s hometown of Purgatory. The girl takes up arms against supernatural creatures in exciting and thrilling battles throughout the series.

Created by Emily Andras, the series garnered the support of many fans soon after its release and was praised by critics and viewers alike. People praised the adrenaline-pumping action sequences, exceptional performances, and brilliant storytelling. If you’re wondering if Wynonna Earp Season 5 will ever hit our TV screens, we’ve got you covered!

WHAT RELEASE DATE FOR SEASON 5 OF WYNONNA EARP?

The short answer to whether or not there will be a Wynonna Earp Season 5 is, at the moment, no. Despite the fact that Syfy renewed the show for a fifth season in 2018, the channel decided to discontinue it in February 2021 due to a number of circumstances, including COVID.

When Wynonna Earp’s parent company, IDW, ran into financial difficulties that halted Season 4 production. Canadian distributor Space stepped in and production resumed after a long delay. Creator Emily Andras has announced that she is still looking for a new home for Wynonna Earp Season 5 on a major streaming service so while that seems unlikely, there is a chance the series will rise from its ashes.

Although a season 5 of Wynonna Earp seems unlikely, if it were to take place, the first estimates for the start of production would be in late fall 2021. Which pushes the season 5 release date back to the end of the year 2022.

Even though Wynonna Earp is no longer on the air, the Earp sisters will continue to have adventures. If a fifth season is possible or a cover movie one day, there are still a lot of stories to tell. A new season might focus on Wynonna and Doc’s reunion in Miracles, Montana, with baby Alice, as well as their new co-parenting journey as they try to work out their difficult relationship.