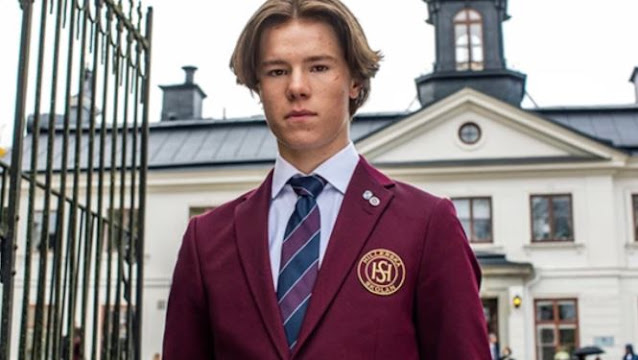 Youngs Royal is available on Netflix! If you want to know the explanation for the end of Season 1, read on! Young Royals is a Swedish romantic drama airing on Netflix that follows Prince Wilhelm, sent to a prestigious boarding school called Hillerska. At this new school, he finally has the opportunity to live his life as he sees fit until an unexpected event forces him to choose between love and duty. This teen drama, created by Lisa Ambjörn, Lars Beckung, and Camilla Holter, aired in July 2021.

The series was appreciated for the crudeness with which it depicts the chaos of teenage life. If you want to know all about the Season 2 release, read this. If you’d like to know the explanation for the ending of Youngs Royal Season 1, read on!

WHY DID AUGUST UNVEIL THE VIDEO?

After being humiliated by Wilhelm in front of The Society, August released the video he shot of Simon and Wilhelm in bed. He was upset that Wilhelm would reveal his dire financial situation and get revenge in the worst possible way.

Before that, we had seen August pondering whether or not to divulge the video, and even asking for romantic ideas from his friends. Finally, in a fit of rage, he decides to stream it online through the office computer. However, Sara notices it from afar.

August brings food to Wilhelm before telling him to follow his heart. As Wilhelm and Simon approach the school the next day in Hillerska, all eyes are on them. Eventually, Wilhelm and Simon come face to face for the first time since the video aired. They make sure each other that they are in the same boat.

Sara visits August. She informs him that she is aware that he is the source of the leaked sex tape. When he denies it, she threatens to tell Wilhelm what she thinks. The latter prevents him from leaving and reveals that it was he who leaked the video. When asked why August replies that it is because of his anger towards Wilhelm who has everything. Sara declares that she will shut up if August makes her a permanent resident of Hillerska.

After confronting August about the leaked videos, she mentions that she respects him and that she has always admired the way he acts. August is rather incredulous, but the couple ends up kissing and dating. The love may be a bit of a stretch here, but there is affection between them.

After noticing the pixels in all of August’s photos, Felice tells Wilhelm that it was August who leaked the sex tape. He declares that August is no longer part of the family and calls the Queen to tell him. She already knew it. She claims that she is protecting him and the monarchy by not publicizing and punishing August. Outraged, Wilhelm ends the call. Young Royals season 1 ends with Wilhelm’s public hug with Simon before Wilhelm is kicked out for the Christmas holidays.

At the end of Youngs Royal Season 1, Wilhelm breaks the fourth wall and looks straight into the camera. This happens after he meets Simon and in the car driving away. It is an important time when Wilhelm is aware of the public’s attention and remains committed to changing his life.