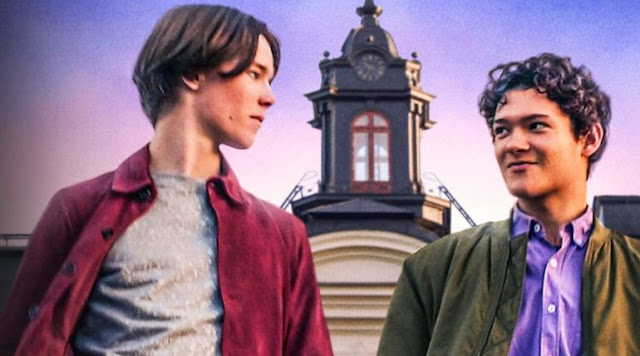 DISCOVER ALL THE NEWS ABOUT YOUNGS ROYAL SEASON 2 ON NETFLIX! RELEASE DATE, RENEWAL, AND MORE.

Youngs Royal is available on Netflix! If you want to know all about the Season 2 release, read on! The Netflix series Young Royals has only just launched on Netflix, but fans who have watched all six episodes on repeat are already wondering if a second season is planned. Read this for a detailed explanation of the finale.

Prince Wilhelm, a Swedish royal sent to a renowned school after becoming engaged in a public controversy, is the protagonist of the residential school coming-of-age series. There he rubs shoulders with the nation’s elite teenagers, but as the series goes on, he only has eyes for Simon, a scholarship student despised by the rest of the student body.

The fresh energy of young actors and the inclusion of LGBTQ + characters make this romantic teen drama all the more endearing. If you’ve completed the first season, then you might want to know when Youngs Royal Season 2 will be released on Netflix! We tell you everything!

WHAT IS THE RELEASE DATE FOR SEASON 2 OF YOUNGS ROYAL ON NETFLIX?

The series was released in full on July 1, 2021, on Netflix with 6 episodes of approximately 45 minutes. There have been no renewal announcements for Youngs Royal Season 2 on Netflix as of yet. But the series finale leaves the door open to further the narrative arc.

In addition, the series is produced by Mexiko, an award-winning independent production company with a high reputation in the Nordic region. Considering all of these factors combined, a new season looks highly likely. It remains to be seen if the numbers in the series will be good, it will be a few weeks. If the series is renewed, then the release date for Season 2 of Youngs Royal should be set for summer 2022!

In the Season 1 finale, Wilhelm learns that it was August who leaked the sex tape that featured the young prince and his partner Simon. The series concludes with Wilhelm embracing Simon in public before kicking him out for the holidays.

If there is a season 2 of Youngs Royal, she could explore the relationship between Wilhelm and Simon now that it seems to have gone public. We may also learn whether Sara and August will continue their romance. The Queen has enraged Wilhelm, and the situation has yet to be addressed. So potential Season 2 has some interesting plot threads to pick up.

Netflix has yet to release the full cast for Young Royals Season 2. We will probably have to wait sometime before we know this official information.

That said, it’s not hard to assume that the main cast will be back for season 2. We have shared the cast for season 1 and the cast members who may be returning for season 2: Edvin Ryding, Samuel Astor, Mimmi Cyon, Uno Elger, Ingela Olsson, Fabian Penje, Carmen Gloria Pérez, Nathalie Varli, and more.