AlRawabi School For Girls Season 1: End Explanation! Who is dead? 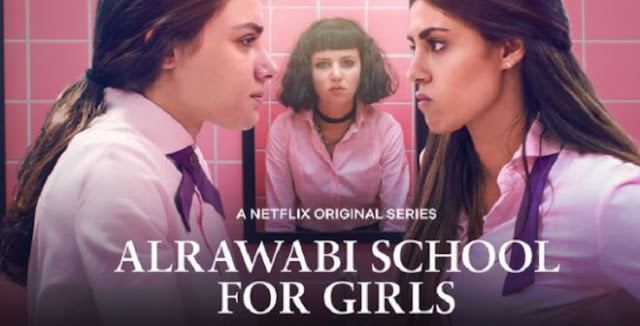 CHECK OUT THE EXPLANATION OF THE END OF SEASON 1 OF ALRAWABI SCHOOL FOR GIRLS ON NETFLIX!

Netflix’s second Arabic-language original drama series brings the tales of contemporary Arab girls to live in one of the most authentic ways, offering an ever-changing take on events through the eyes of many characters. Most importantly, it tackles topics such as alienation, friendship, and bullying to show that everyone is inherently good and bad. If you have any questions regarding the AlRawabi School for Girls Season 1 ending, read on!

SUMMARY OF THE FINAL

Episode 6 begins a week after the events of the holiday. Rania’s father has grown angry with her, and the young girl wears a nasty bruise on her eye. Layan stays by her side, though Rania thinks her friend should keep a low profile and not worry about seeing Laith just yet.

Despite her feelings for Rania, Mariam goes ahead and exacts her revenge, turning away from Dina and Noaf and striding across the corridors with a firm step. In reality, she overheard Layan and Rania talking in the bathroom earlier, giving her the ammunition she needs to go after Laith and Mrs. Faten.

As Ms. Faten prepares to receive an honorary award for her behavior, Layan skips school again to spend time with Laith. Mariam is determined to take this opportunity, recalling Dina and Not.

But Mariam’s friends aren’t going down without a fight, and they’re out to stop her before she does anything illegal. Rania warns Mariam that bad things will happen if she sends this message, drawing attention to Layan’s brother’s weapon and the danger this family poses.

Rania begs her to stop and even offers to leave her alone if she does. Mariam makes her choice and sends the message, despite the ramifications it will have. At the end of the episode, Mariam switches from being bullied to being bully, taking Layan’s place as the school principal, leaving the field open for a possible second season. However, the episode also leaves us with a few questions that beg for answers.

WHAT HAPPENED WITH THE WEAPON? WHO IS DEAD?

One of the main points of contention concerns the confrontation at Laith. Given that all of this happened off-screen, it suggests that no one was killed and that it was all a misnomer. It’s possible that Laith or Layan tackled Hazem, causing him to shoot aimlessly in all directions.

It seems unlikely that Hazem would kill his own sister, leaving the other possibility that he killed Laith. Either way, we won’t get any response this season. Personally, we are more inclined to go with the first theory: no one died and it was just a warning shot.

While waiting to find out the outcome of who is likely dead, Mariam takes Layan’s place as the queen bee at school, completing her arc, which has inexorably led downward throughout all six episodes. Ironically, she has less reason to behave along with Layan, Rania, or Ruqayya, who have all been driven to their extreme misconduct by complicated family dynamics and social anxieties.

In many ways, this story is about them and helps us understand that bullying, horrific as it is, does not happen in a vacuum. Even those who harass others are people, who often blast their own problems onto someone other than themselves.

Mariam’s arc showed how a seemingly well-rounded and “normal” person can turn into a villain under the circumstances, while the other girls have learned several hard lessons on their own.