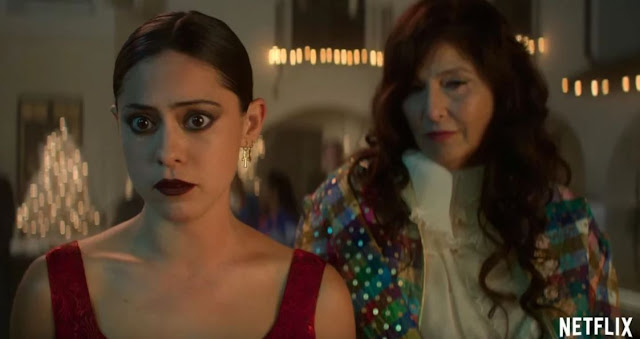 FIND THE EXPLANATION OF THE END OF THE BRAND NEW CHERRY FLAVOR MINI-SERIES ON NETFLIX!

Brand New Cherry Flavor is available on Netflix! To learn all about the explanation for the end of Season 1, read on! In practically every episode of Netflix’s limited series Brand New Cherry Flavor, the protagonist pukes up a living kitten. This is not an understatement. Each time, she bends over backward, convulses in pain, and begins to vomit until a gooey lump comes out of her mouth and crashes to the floor.

Upon closer inspection, it’s still a squirming newborn kitten with wet white fur. The kitten is then secretly collected by a zombie, who carries it to a witch, who swallows its blood. It’s vital to know all of this before diving into Netflix’s Brand New Cherry Flavor because it’s not the wildest thing the show has in store for us. Things are getting wilder. And considerably more disgusting.

It is not necessarily obvious from the start. Netflix’s Brand New Cherry Flavor starts simply by comparison: Director Lisa N. Nova arrives in early ’90s Hollywood with a shocking short film under her belt, determined to make it her first feature film. Much of the first episode is devoted to the work it takes to get noticed in Hollywood: parties, meetings, and conversations over drinks, all suspicious and bathed in an ominous light, for exploitation are in the air.

Nova then meets producer-director Lou Burke who agrees to help him realize his project. But he betrays her, so she asks a witch to curse him, which ends up costing more than Nova had expected. If you want to know the explanation for the end of Season 1 of Brand New Cherry Flavor on Netflix, we’ll tell you everything!

Lisa and Lou’s rivalry reaches a breaking point when the latter discovers that she is responsible for her son’s death and his transformation into a zombie. The two threaten to kill each other and, in an attempt to perform an occult ceremony described by Boro, Lisa licks a poisonous toad.

Lisa faces Boro but barely comes out of it. She then goes to Lou’s house with the intent of murdering him, but instead takes pity on him and helps him remove a worm from his eye. While Lou remains helpless in the hospital, the strange conclusion begins with Alvin, another wealthy Hollywood producer, offering Lisa the chance to direct a version of her film. Lisa’s film actress Mary is also seen being taken under Boro’s wing and agreeing to become his assistant. The season ends with Lisa taking a one-way ticket to Brazil and announcing to the woman at the box office that she is returning home.

So it seems that Lisa survived her multiple brushes with death, including having her skull fractured by James, licking a poisonous toad, and finally being shot by James’ uncle. In all three of these situations, she is saved by Boro. However, when the witch removes a bullet from Lisa’s lung in the third case, the aspiring director realizes that Boro only saves her so that she can continue to use her body for strength.

Lisa’s revenge picture, for which she initially started on a path of vengeance, is ultimately accepted by affluent producer Alvin, who tells her that she is capable of directing it. However, we last see Lisa drop the reels of her short film “Lucy’s Eye” on the bed of her Los Angeles apartment after failing Alvin and leaving the country to return to Brazil. Therefore, while there is still a chance that Alvin or another producer will find his film remarkable and make it a long version / Lisa seems to have made it clear that she doesn’t want anything to do with him anymore.

Its actress Mary also blames Lisa for using her tragic self-harm to give the film it’s important ending. So it seems that Lisa finally realizes that she has destroyed too many lives by pursuing her film and decides to give it up. Although she doesn’t say it, he may remind her of what happened the last time a Hollywood producer (Lou) promised to help fund his project.

LOU EST ROY ARE THEY DEAD?

Although Lisa promised to kill Lou for everything he did to her, she ultimately does not take action. The extraction blinds Lou completely, and this is how we see it for the last time.

The promising young actor Roy, who continues to be drawn into Lisa’s deadly plans despite his efforts to stay away from them, has a truly gruesome end. The actor dies tragically and is seen for the last time being eaten by the zombies.