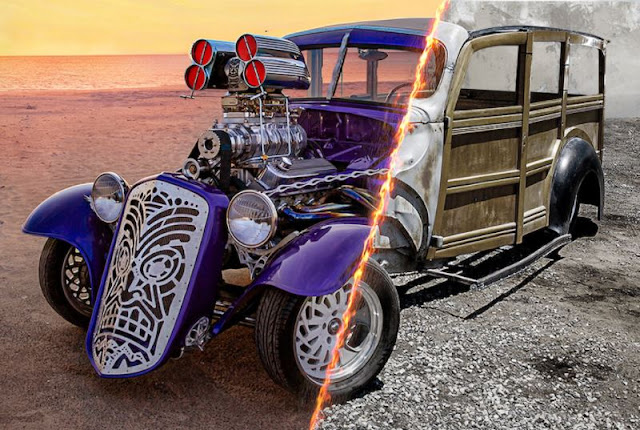 Car Masters: Rust to Riches is available on Netflix! If you want to know when Season 4 will be released, read on! As we said in Season 2, it’s a surprisingly well-crafted reality TV series, blatantly aimed at gas lovers, but at the same time showing some recognition for the process of converting tired cars and trucks and turning them into something special for the business.

From my perspective, I’m not a car enthusiast, and I’m not entirely interested in the auction and trade-in process. If this was a racing series, my ears would be on edge. However, what catches my attention in this very creative series is the business acumen behind the passion for Gotham Garage.

Despite their love for their world, this pressure to make a profit and stay on a budget gives the series an extra dimension. There is a lot of honesty in the concept. This is a show for salvage car dealers. Discover all the information about the release of Season 4 of Car Masters!

WHAT IS THE RELEASE DATE FOR CAR MASTERS SEASON 4 ON NETFLIX?

Season 3 was released on August 4 in its entirety with 8 episodes. Currently, no renewal announcements have been made for Car Masters Season 4 on Netflix! This kind of show is different from the classic catalog and the many seasons of similar series prove that there is a real audience.

If the series is renewed soon, the Car Masters Season 4 release date should be set for early 2023 on Netflix.

WHO COULD BE AT THE CASTING?

The cast members who could return in potential Season 4 are Constance Nunes, Shawn Pilot, Michael Vincent ‘Caveman’ Pyle, and Tony Quinones. Constance and Michael are mechanics, although the former is also an expert in engines. Tony is a machinist and a maker, while Shawn is a wheel maker.

If the show returns for its fourth round, it would be interesting to see some new additions to the Gotham Garage squad.