Clickbait Season 1: Explanation of the end of the Netflix series! 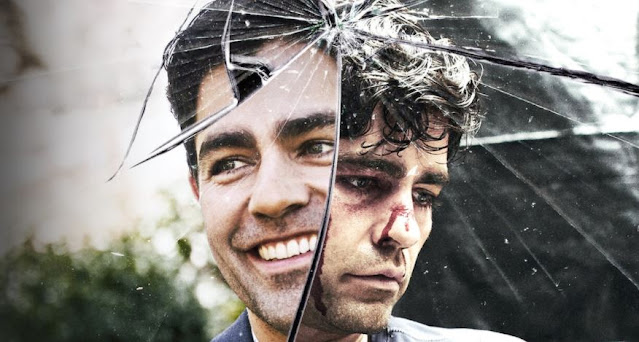 FIND OUT ABOUT THE END OF CLICKBAIT SEASON 1 ON NETFLIX!

Clickbait is available on Netflix! If you want to know everything about the end of Season 1, we tell you everything! Netflix’s Clickbait series is a tense mysterious drama that delves into the dark impulses that Internet anonymity arouses in people. To know if there is season 2 for Clickbait read this.

A grim kidnapping quickly takes an even darker turn when the victim’s survival is only guaranteed if a video of him doesn’t go viral. After watching Clickbait, we can only talk about the end of Clickbait. In the Netflix original series, Nick is kidnapped and broadcast live. When the live stream reaches five million views, Nick is killed. The series is a mad race to find Nick before it’s too late. We tell you all about the explanation for the end of Clickbait Season 1 on Netflix!

EXPLANATION OF THE END OF SEASON 1 OF CLICKBAIT

At the end of Clickbait, we see Sophie and Pia finally at peace with Nick’s death, Sophie being able to once again cherish the memory of her late husband without being haunted by thoughts of her infidelity. As the serpentine mystery draws to a close, we realize that Nick has suffered not from one, but two unfortunate circumstances.

The explosive claims that he injured and killed a woman are actually not his fault. The woman who took her own life was Sarah Burton, who suffered from mental health problems and found solace in the online relationship she thought she had with Nick. When the person controlling Nick’s profile turned his back on Sarah, Sarah committed suicide.

Sarah’s brother Simon, who was extremely protective of his sister and worked as an online content moderator, then tracked down the real Nick after seeing his photos on the profile his late sister was communicating with. Holding Nick responsible for his sister’s death, Simon and his friend kidnapped and held him hostage in the truck where they filmed the viral video showing him holding the offending signs.

However, later, during questioning, Simon states that although he intended to kill Nick, he realized that Nick was not the person behind the profile that caused his sister to die and let him go. At the end of Clickbait Season 1, Dawn and Ed Gleed kidnap Nick’s son Kai and take him to their trailer, where they discuss what to do.

Meanwhile, Kai escapes but is pursued by the elderly couple, Ed even trying to shoot him but missing him. When the authorities arrive just in time, Dawn is arrested. Ed, who finally managed to catch Kai, holds the gun to the kid’s head but can’t bring himself to shoot and lets him go. Ed then tries to fire a bullet in the direction of the cops but is instantly shot by them.

Although this is not confirmed, it is almost certain that Ed is dead as we last see him lying on the ground, bleeding. Dawn’s fate is also not discussed, but she will likely receive a significant prison sentence that could go up to life.

Nick is killed by one of the most unlikely characters in history. As they argue, Ed, Dawn’s husband, comes in from behind and hits Nick with a hammer, killing him. The couple then disposes of the body and erase all evidence of the crime from their home. Once Nick shows up at their house Ed realizes that there will be huge repercussions for him and Dawn if the authorities find out who is behind the fake profiles.

Therefore, in an attempt to cover his wife’s footsteps, he kills Nick. We also hear him say that he does not want to go to jail. Ed kills Nick because he wants to end his days peacefully and doesn’t want to be embroiled in a complicated affair that could land him and his wife Dawn in jail.

This whole situation is very ironic because Dawn, who started by creating the fake profiles, never thought it would get so serious and just wanted to feel admired, even though it was by strangers on the internet.