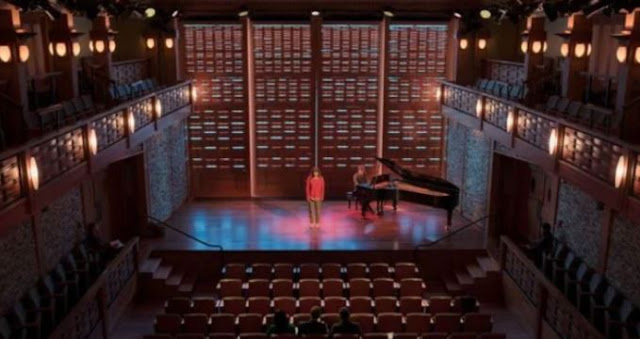 CODA: Find all the music and songs

DISCOVER ALL CODA SONGS AND MUSIC ON APPLE TV +!

CODA is available on Apple TV +! If you want to know what CODA songs are, read on! Emilia Jones plays Ruby Rossi, the only hearing member of a deaf fishing family, in this coming-of-age picture. Ruby’s need to provide for her family conflicts with her desire to pursue her musical passion, which leads to an emotional ending. To see the explanation of the ending in detail, read this.

Ruby’s father, Frank, and brother, Leo, leave their company to start their own fishing business after objecting to the requirement to pay their own inspectors. Without the money to hire a hearing employee, they rely on Ruby to interact with the outside world.

Ruby’s attendance at choir rehearsals suffers, jeopardizing her goal of entering Berklee Music Academy. After her absence on the boat gets her into legal trouble, Ruby decides to stay with her family instead of going to college. To find all CODA songs, read on!

WHAT ARE CODA’S MUSIC AND SONGS?

The majority of CODA’s songs are diegetic, meaning they are sung by Ruby or her choir or heard by someone in the film industry. The songs are indicative not only of the characters’ personal tastes but also of their interaction with the world.

“My Pal Foot Foot” by the Shaggs – Ruby plays this song on a record player when Gertie comes to her house, mentioning the name of the band.

Marvin Gaye’s “Let’s Get It On” – Ruby’s choir sings this soul classic in rehearsal, though their lack of passion frustrates their teacher, Mr. V.

The Isley Brothers’ It’s Your Thing – The choir also rehearses this Motown hit, which was used in the short-lived Zoey’s Extraordinary Playlist and several other movies and shows.

“You’re All I Need to Get By” by Marvin Gaye and Tammi Terrell – This duet, written by Nickolas Ashford and Valerie Simpson, is the centerpiece of Ruby and Miles. They repeat it several times throughout the film and perform it on stage, with Jones and Ferdia Walsh-Peelo using their real voices.

Ruby uses The Clash’s “I Fought The Law” as an alarm clock so she can get up at 3 a.m. to work on the fishing boat and wake up the rest of the family.

The majority of CODA’s songs are diegetic, meaning they are sung by Ruby or her choir or heard by someone in the film industry.

Joni Mitchell’s “Both Sides Now” – This is the track from Ruby’s solo audition, which she also practices throughout CODA. Part of the song is about the need to see the positive in a difficult situation, which Ruby must learn to do.