Demonic: Explanation of the end of the movie! Carly is she dead? 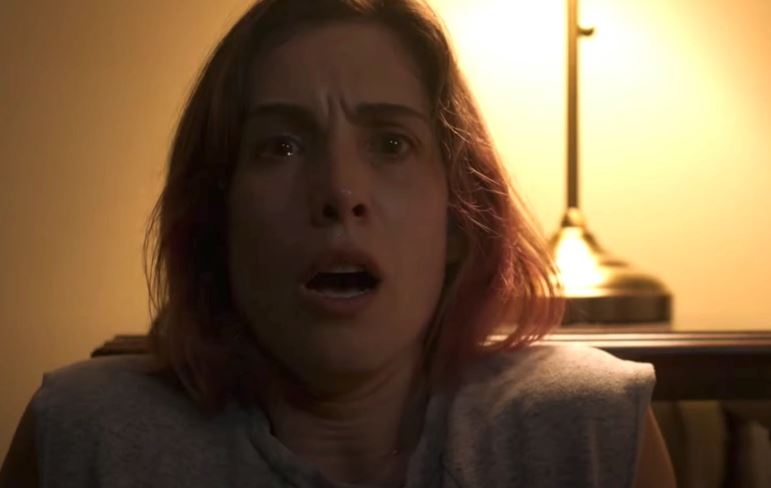 DISCOVER THE EXPLANATION OF THE END OF DEMONIC! CARLY IS SHE ALIVE?

“The Vatican has funded a clandestine operations unit,” one character says to another in the trailer for Demonic, the next horror movie from District 9 writer and director Neill Blomkamp. Priests are being used as troops.

This exceptional premise, with an army of exorcists armed with secret guns waging a shadow war against demons, is unfortunately not the subject of Demonic. Instead, it’s mostly a family drama with interesting ideas that are completely ignored.

Demonic is the story of a woman named Carly and her mother Angela. Angela was sent to jail when Carly was younger. She has since fallen into a coma and has been taken in by a group of researchers for experimental therapy in virtual reality. To find out if a sequel will see the light of day, read this.

Carly finds herself at the base of the research group, equipped with new equipment that allows her to simulate her mother’s therapeutic coma after a series of complicated dialogues. In this virtual space, Carly wants to face the trauma of her family, but her mother warns her that it is not safe to stay in the simulation. When Carly comes out, she discovers that a demon has escaped and haunts her. We tell you all about the end of Demonic!

EXPLANATION OF THE END OF DEMONIC

After the spooky night vision, which seems all too real, Carly runs over to Sam’s house and finds her missing. She tries to inform the police of Sam’s mysterious disappearance, but the officer is of little help as he thinks these reports usually resolve on their own within 48 hours.

After this disappointing discussion with the police officer, Carly goes to Martin’s house to ask for help. Martin doesn’t want her to go into the woods, but Carly thinks it’s her responsibility.

At Carly’s insistence, the duo ventures into the jungle and stumble upon Sam’s car. Soon after, Carly sees Sam shaking in the middle of the woods. Sam tells Carly that she saw them take Angela to the sanatorium. Carly thinks they have to save Angela from the place, while Martin thinks it’s a bad idea. But they eventually reach the sanatorium to find gunmen dead at the scene.

Daniel, an old acquaintance of Carly, is fatally injured, but he can still speak. Despite all measures, the demon has moved from Angela to Michael, according to Daniel. Now, as a seemingly possessed Michael unleashed horror, most of Therapol’s militant priests are dead. Daniel presents Carly with the Vatican’s Holy Lance. Armed with the weapon, Carly prepares to face the demon.

The demon gently infects people, who slowly turn into murderous agents of the entity. The final sequence sets us up for the devastating showdown between Carly and the demon.

The demonic spirit now possesses Michael, and the demon rushes in to take on Carly. The entity intends to ignite the powder using Carly as an agent, but Carly now has the Holy Lance to confront the demon.

She stabs Michael repeatedly with the Holy Lance, and Michael falls dead. But the demon is still alive, and it takes over Carly’s body. Carly struggles to free herself from the monster as the demon demands total obedience from her. In the final event, Carly stabs her stomach with the Holy Lance.

The demon breaks away from Carly’s body and walks a few meters before reducing to ashes. The demon is defeated, though he took Sam’s life in the process. But is Carly doing well after this devastating incident?

Carly is still alive, as in the final moments, viewers see her waking up in a hospital. Martin comes to visit him in the hospital after the horrible night, and he tries to ease Carly’s mood. Fortunately, Carly and Martin both come out with minor injuries. In the epilogue, Carly goes to Angela’s grave with a bouquet, which ends our speculation about Angela’s fate. She died after the night in the sanatorium.